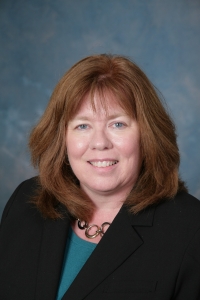 Commercial lenders were left shuddering in the wake of a September 6, 2013 Pennsylvania Superior Court decision that affirmed a $3.6 million Bucks County jury verdict in favor of a local developer against an area bank. In County Line/New Britain Realty, LP v. Harleysville National Bank and Trust Company, the developer successfully argued that the term sheet provided to it by Harleysville was in fact a binding contract notwithstanding evidence of the parties’ intent to execute subsequent, more detailed agreements. The court also upheld the lower court ruling that Harleysville’s decision not to fund the loan described in the term sheet constituted a breach of contract. The court dismissed Harleysville’s claim that the term sheet did not contain the essential terms of a loan agreement (such as the closing date, how interest would be calculated, a repayment schedule, representations and warranties, and defaults and remedies) and therefore was not enforceable. The court held that the term sheet contained sufficient terms to create a binding contract, such as the identities of the borrower and lender, the principal amount of the loan, interest rates, the term, the manner of repayment, the names of the guarantors, and an identification of the collateral. The court acknowledged that the evidence showed that the parties intended to execute subsequent agreements but nevertheless held the term sheet to be binding.

Harleysville also argued that the developer did not meet all the loan conditions specified in the term sheet, so Harleysville was not required to fund the loan. Specifically, Harleysville asserted that two conditions were not met: (i) a satisfactory review by the lender of an “environmental assessment” of the parcels, and (ii) a satisfactory review by the lender of all specifications, engineer reports and government approvals. It argued that the trial court impermissibly allowed the jury to consider evidence regarding industry custom and practice, the course of dealing between the parties, and evidence of Harleysville’s motives in evaluating whether these loan conditions had been met. The Superior Court found that the term sheet did not articulate these conditions in sufficient detail and that it was appropriate for the jury to consider additional evidence in order to interpret the parties’ intent. This extrinsic evidence was particularly damning to Harleysville because it showed that Harleysville lost interest in making the loan shortly after the term sheet was issued, due in part to its desire to reduce the amount of commercial real estate loans in its portfolio and its precarious position as a result of the recent bankruptcy filing of its largest customer.

More in this category: « Collecting On Your Contract From A Corporate Deadbeat NO SEVERING OF SEVERANCE PAY FROM FICA »