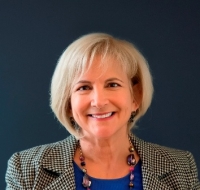 A significant amount of press surrounded the US Department of Justice (DOJ) one year trial pilot program on April 5, 2016 and  the earlier September 29, 2015 “Yates Memo”, instructing companies to self-disclose possible violations of the Foreign Corrupt Practices Act (FCPA) and fully cooperate with the DOJ.  What has not been as broadly made known is that, a few days later, the U.S. Customs and Border Protection (CBP) establish a Trade Enforcement Task Force within its Office of Trade to focus on issues related to enforcement of antidumping and countervailing duty laws and interdiction of imported products using forced labor.

Antidumping and countervailing duties are historic tariffs imposed on foreign imports priced below fair market value to ensure a level playing field for domestic producers.  The interdiction of products using forced labor stems from The Trade Facilitation and Trade Enforcement Act of 2015(TFTEA), enacted in February 2016.  TFTEA eliminates an earlier “consumptive demand” exemption, meaning that goods made with indentured, child, or other forced labor are no longer allowed in the US just to meet US demand.  With this change, CBP will no longer be legally required to weigh demand considerations when processing information concerning forced labor.  CBP will be updating its regulations to clarify the TFTEA amendment but, since March 10, 2016, CBP started training personnel and has executed several withhold/release orders related to goods made by convict or forced labor using a Department of Labor (DOL) list of foreign-made products for which the DOL “has a reasonable basis to believe might have been mined, produced or manufactured” by forced or indentured labor. The CBP has also established within its Office of Trade a Trade Remedy Law Enforcement Division and seems intent on taking action.

These enforcement initiatives add teeth to the federal Trafficking Victims Protection Reauthorization Act of 2013 (“TVPRA”) which builds on earlier legislation and establishes and strengthens programs to ensure that U.S. citizens do not purchase products made by victims of human trafficking.  And, there is the proposed federal Business Supply Chain Transparency on Trafficking and Slavery Act (currently in the House of Representatives) which would require disclosures to the U.S. Securities and Exchange Commission similar to those already  required by California’s Transparency in Supply Chain Act of 2012 (“TSCA”).  TSCA requires retail sellers and manufacturers doing business in that state with over $100 Million in revenues to disclose their efforts to eradicate slavery and human trafficking from their direct supply chains.  In contrast, the Federal Acquisition Regulation (FAR), updated based on President Obama’s Executive Order 13627, Strengthening Protections Against Trafficking in Persons in Federal Contracts, is an example of a supply-chain law that is not a disclosure law but requires specific actions to be taken to uphold its mandate of prohibiting contractors, subcontractors and their employees from using forced labor in the performance of a U.S. government contract.

Internationally, in 2015, the UK enacted the Modern Slavery Act, obligating businesses with annual returns of more than £36 Million to make a yearly statement setting out what steps it has taken to ensure that human trafficking and slavery are not taking place in any part of its business or supply chain.  In addition, France is in the process of passing a law requiring French corporations and outsourcing companies with 5,000 employees or more, and multinational enterprises operating in France with 10,000 employees or more, to adopt and publish “plans of vigilance” with civil liability in the event of human rights violations overseas.  The UN Human Rights Council’s Open-Ended Intergovernmental  Working Group (OEIWG) is negotiating a multi-lateral treaty that makes the UN Guiding Principles on Business and Human Rights (the “UN Guiding Principles”) binding law.

Businesses, applying Corporate Social Responsibility (CSR) principles, should take action now to address labor trafficking and child labor.  Such action would begin with a review of existing, or implementation of new, programs to determine compliance not only with the FCPA but also with TFTEA, TVPRA, TSCA and applicable international laws.  Lawyers need to stress the importance of these pro-active measures, notwithstanding the uncertainty of a new US administration’s policies.  Courts in Canada have emerged as testing grounds for advancing claims of forced labor in global supply chains.  And, in California, activist plaintiffs have filed appeals to the dismissal of class actions filed in California accusing several companies for failure to disclose to the consuming public that they supply American supermarkets with shrimp fed fishmeal from products caught on Thai ships that used forced labor.  Suits like these and the suit against Nestle SA regarding the use of child labor on coca plantations in Africa are only going to increase in number as people forced to work under horrendous conditions learn of their rights and the names of litigators willing to fight for them.