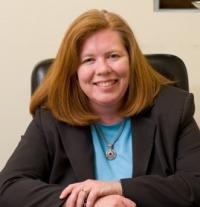 Just when minority owners of Delaware LLCs thought that the Delaware Limited Liability Company Act (the “Act”) protected them from overreaching managers, along comes the Delaware Supreme Court to say “better get it in writing.” It appears that practitioners longing for certainty will have to wait until the Delaware legislature steps in and revises the statute.

The Delaware Supreme Court recently published an opinion in a case involving a Delaware LLC (Gatz Properties, LLC) that was the manager of another LLC (Peconic Bay, LLC). Gatz Properties is managed and controlled by William Gatz, and the Gatz family and their affiliates owned controlling equity interests in Peconic Bay. They also owned real estate that was leased to Peconic Bay, which in turn subleased the property to a national golf course operator. The golf course proved to be unprofitable because it was poorly managed, and Mr. Katz anticipated that the sublease would be terminated. He decided to acquire the sublease and Peconic Bay’s other assets for himself. Consequently, he foiled the efforts of a third party to buy the sublease rights. He then engaged a valuation expert to appraise the property but did not provide the expert with information about the prior third party offers or tell the expert that the golf course’s unattractive financials were the result of its being mismanaged. Not surprisingly, the resulting appraisal showed that Peconic Bay had no net positive value. Next, Mr. Katz hired an auctioneer with no experience in the golf course industry to sell the golf course business. After lackluster advertising for the auction, Mr. Katz was the sole bidder and acquired the property for $50,000 plus the assumption of debt. Peconic Bay’s minority members brought suit in the Delaware Court of Chancery, alleging that Mr. Katz had breached his fiduciary duties to them. The Court of Chancery held that Gatz had breached both his contractual and statutory duties to the minority members, and Gatz appealed to the Delaware Supreme Court.

The Delaware Supreme Court agreed with the Court of Chancery that the LLC agreement’s clear language prohibited self-dealing without the consent of 2/3 of the minority owners, and Mr. Gatz testified on several occasions that he understood that Gatz Properties owned fiduciary duties to the minority members. The Court also upheld the lower court’s finding that Gatz breached this duty.

Moving on to whether Gatz breached a statutory duty under the Act, the Court noted that it was “improvident and unnecessary” for the Court of Chancery to decide that the Act imposed “default” fiduciary duties on managers where the LLC agreement is silent because, in the case at bar, the issue could be decided by interpreting the text of the LLC agreement. Additionally, no litigant asked that the lower court resolve the issue by interpreting the Act. Another concern for the Court was the lower court’s suggestion that its statutory interpretation should withstand scrutiny because practitioners rely on its rulings. The Court remarked that, as the highest court in Delaware, it was not bound to follow the lower court’s decisions. The Court rebuked the lower court for using the case at hand as a “platform to propagate [its] world views on issues not presented.” The Court concluded its reprimand by stating that because the issue of whether the Act imposes default fiduciary duties is one on which reasonable minds can differ, the matter should be left to the legislature to clarify.

Following the decision in Gatz Properties, equity holders in Delaware manager-managed LLCs would be prudent to clearly identify in the LLC agreement which fiduciary duties are intended to apply to their managers. Given the Court’s position that the issue is a matter for the legislature (not the courts) to decide, practitioners will be monitoring the activities of the legislature to see if it takes up the gauntlet.

More in this category: « Private Foundations and New Regulations Regarding Program-Related Investments Enforcing Restrictions Against Competition in Bucks County »