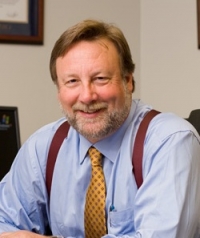 By William T. MacMinn, Esquire Reprinted with permission from the February 25, 2016 issue of The Legal Intelligencer. (c) 2016 ALM Media Properties. Further duplication without permission is prohibited.

Can organization attorneys represent their agents in an individual capacity? A recent Pennsylvania Superior Court decision said no.

The confidentiality of attorney-client communications is a long-standing privilege across the United States. The U.S. Supreme Court, in Swidler & Berlin v. United States, 524 U.S. 399, 403 (1998), reasoned that full and frank disclosure is a prerequisite that attorneys need in order to give their clients the best legal advice available. "It is the most revered of the common law privileges," according to Commonwealth v. Chmiel, 738 A.2d 406, 414 (Pa. 1999).

There are exceptions to lawyer-client communications. Lawyers cannot hide knowledge that a future crime is going to be committed. The right to assert the privilege can be voided if the communication to the lawyer was also made to nonlawyers. Of current interest is a third exception¬—the client's right to waive the privilege.

The cases involved a university lawyer who arguably also represented three of the university's administrators/agents—a president, a vice president and an athletic director. The university attorney gave damning testimony before a state grand jury. At issue was the scope of her representation and her right to testify when the university arguably waived attorney-client privilege—but the three university employees did not issue individual waivers.

The case involved the complaints of three Penn State administration officials who were charged with coverup crimes by a Pennsylvania grand jury in connection with the Jerry Sandusky sex-abuse scandal. Graham Spanier, Tim Curley and Gary Schultz asserted that Cynthia Baldwin, an attorney for Penn State, should not have been allowed to testify before the grand jury against their interests.

The three administrators testified before the state grand jury while Baldwin was present. At a subsequent grand jury hearing, Baldwin gave her own testimony after Penn State waived its privilege, in part. A new counsel for Penn State agreed to waive the university's attorney-client privilege but also asserted "it could not waive any privilege that Curley and Schultz might have and again declined to waive its privilege as to communications between Ms. Baldwin and Curley and Schultz."

Though the Office of Attorney General agreed not to question Baldwin about potential confidential communications between Curley, Schultz, Spanier and Baldwin, Baldwin did provide testimony about private communications that cast the defendants in a negative light. Baldwin said of Spanier: "He is not a person of integrity," she testified. "He lied to me."

Reversal by the Pennsylvania Superior Court

The state Superior Court reversed the lower court's decision to allow her testimony and dismissed several criminal counts against the three PSU administrators. The higher court accepted the defendants' argument that her appearance before the grand jury either created an attorney-client relationship or it did not.

Judge Mary Jane Bowes, who wrote the higher court opinion for the Superior Court panel, ruled that "Ms. Baldwin did not properly explain to Mr. Curley that her representation of him was solely as an agent of Penn State and that she did not represent his individual interests. ... We find that, even assuming Ms. Baldwin represented Curley in an agency capacity, his communications to her regarding being subpoenaed to testify before the criminal investigating grand jury were privileged." (The opinions for the other two defendants were similar.)

The Baldwin case raised many legal ¬issues such as:

In-house lawyers who testify against the interest of employees are not only at risk for being accused of breaking the attorney-client privilege. They are also at risk for the ethical violations of having a conflict of interest between the organization and the individual worker and for legal incompetence.

Some of the questions lawyers and clients alike will now need to review are:

The Baldwin case only raises the questions. The answers will likely involve ¬additional litigation.

More in this category: « What do you mean there are two types of custody in Pennsylvania? Be Careful of Social Media, Especially If You Are Going Through a Divorce or Custody Dispute! »