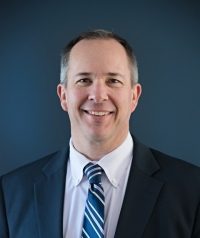 Similarly, we recently resolved a case involving a motorcycle accident where the client was injured by a negligent driver operating a vehicle while DUI.  The terms of the client’s own insuring relationship left the client with little recovery even though his injuries were catastrophic.  Of course, the intoxicated driver maintained only the state minimum insurance and possessed no real assets which could have been subject to execution.  Our client, the insured, maintained uninsured motorist protection on his motorcycle.  The client also maintained insurance on two other vehicles in the house, but none of the three vehicles were “stacked”.   Stacking is a mechanism whereby uninsured and underinsured coverages can be aggregated among vehicles covered under the same policy; in other words, if all three vehicles had $100,000.00 in um/uim coverage “stacked” the available aggregate would have been three times the single policy limit or $300,000.   Had the insurances applicable to these vehicles been stacked, the available uninsured/underinsured recovery would have been substantial. In the absence of stacking, the client was left with little recovery for his serious and permanent injuries.  While in this particular example it may not, in fact, have been possible to stack the motorcycle coverage with the automobile coverage, the principle remains the same.

It is important to consider the risk you take on by choosing limited tort coverage on your automobile policy.  The relatively minor increase in monthly rates for this coverage are well worth it to protect yourself and your family from substantial or even catastrophic loss should the worst occur.