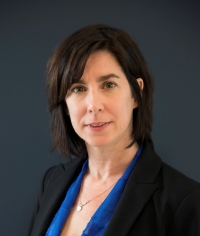 The Pennsylvania Superior Court, in Metalico Pittsburgh v. Newman, et al (No. 354 WDA 2016, April 19, 2017), dealt a blow to employees attempting to avoid the application of a non-solicitation covenant.

On the eve of a preliminary injunction hearing, Newman and Medred filed a Motion for Partial Summary Judgment, arguing that the employment agreements containing the non-solicitation covenants had terminated, and therefore the non-solicitation provisions no longer applied.  They argued that the agreement to continue as “at-will” employees acted as a novation of the employment agreement.

The trial court agreed with Newman and Medred, and granted their motion for partial summary judgment.  But the Superior Court did not agree.  Instead, the Superior Court found that the covenant remained in place pursuant to a survival provision in the employment agreement.  That provision stated that if employment under the agreement “expires,” the agreement continues in effect “as is necessary or appropriate to enforce” the non-solicitation covenant.

The trial court found that upon converting Newman’s and Medred’s status to “at will” employees, the parties had stated new terms for the employment relationship going forward.  In so doing, the parties did not recite that the non-solicitation provision would stay in place.  The failure to continue the compensation and benefits provided in the employment agreement, in the trial court’s view, invalidated the non-solicitation covenant.  The trial court justly noted: “Metalico cannot claim the benefits of its bargain while denying its employees the same.”

It is well-settled that restrictive covenants in employment agreements are disfavored under Pennsylvania law.  Courts, including the Superior Court, have refused to enforce such agreements on technicalities.  For example, in Socko v. Mid-Atlantic Systems of CPA, Inc., 99 A.3d 928 (Pa. Super. 2014), the Superior Court refused to enforce a covenant not to compete in an employment agreement entered into after the commencement of employment and not accompanied by any beneficial change in the employee’s status, but which recited that it was signed “under seal” under the Uniform Written Obligations Act.  The Court found that a seal does not provide adequate consideration to enforce a restrictive covenant.  Instead, the Superior Court noted, there must be “actual valuable consideration.”  The holding in Socko left employment law practitioners and litigators with the belief that there are no “gotchas” when it comes to restrictive covenants.

Metalico appears to change that.  Metalico voluntarily agreed to let the employment agreement terminate and to continue employment on an “at-will” basis.  This change of status benefits Metalico, leaving it free to terminate the employees or change their compensation and benefits at will (thus the name) and without concern about the terms of a written agreement.  The employees lost these protections.  The practical result of the Superior Court’s holding is that the employees lost the protections of the agreement, but retained their post-employment obligations.  This is inconsistent with Pennsylvania’s historical animosity towards these restrictive covenants, and appears to truly represent a “gotcha” for these employees.

Metalico expands the universe of enforceable restrictive covenants.  This is not an uncommon fact pattern, and one which might have given an employer’s attorney pause prior to filing for a preliminary injunction in the past.  The holding could have the impact of reducing the care required in drafting, terminating and enforcing disfavored restrictive covenants, and eliminating some of the defenses available to employees seeking to avoid the covenant.  Interestingly, nowhere in the opinion does the Superior Court recite the oft-cited language that such covenants are disfavored in the law.  It will be interesting to see if the Supreme Court takes the opportunity to do so on appeal.