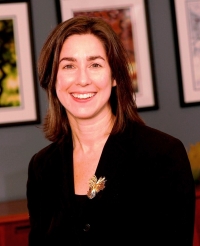 Increasingly, employers and their attorneys meet resistance when seeking to enforce covenants not to compete.  States such as Georgia and California continue to refuse to honor those restrictions. Even in states that recognize the validity of such agreements, Courts can restrict the geographic or temporal scope of the agreement, refuse to find sufficient irreparable harm to permit the entry of a temporary or preliminary injunction, or find other equitable grounds to refuse to enforce the covenant not to compete.  Employers do have a back-up plan, however.  Recent cases illustrate that the court will enforce agreements not to solicit customers and clients after termination.  These cases also illustrate that courts will look to the nature of the contacts with clients or employees to determine if there is a breach of a non-solicitation provision.

In Corporate Technologies Inc. v. Harnett, the United States Court of Appeals for the First Circuit affirmed the district court’s grant of a preliminary injunction against a former employee of Corporate Technologies Inc. and his new employer.  The preliminary injunction restricted the employee from doing business with certain customers of Corporate Technologies with whom he worked during his employment, and required the new employer to withdraw bids which the employee prepared during his employment with the new employer.  The First Circuit court noted that the district court was specifically applying the non-solicitation and not the non-compete provisions of the agreement.  Accordingly, both courts engaged in a discussion of the applicable requirements for the entry of a preliminary injunction (which are the same under Massachusetts and Pennsylvania law).  Notably, the First Circuit did not engage in a discussion of the reasonableness of the geographic or temporal scope of the agreement, or whether the employer had a “protectable interest” served by the non-solicitation provision.  The district court found that the employee breached the non-solicitation provisions of the agreement, and the First Circuit affirmed the grant of the preliminary injunction.

This distinction may prove useful in litigating non-solicitation provisions, even where a court is reluctant to enforce a non-compete.  These cases seem to suggest that the equities do not weigh so significantly in the employee’s favor where the non-solicitation is at issue.  In Harnett, it was not an issue at all.  In Pennsylvania, the case law is unclear as to whether the court should look for a “protectable interest” or examine the reasonableness of the scope of the non-solicitation, but employers can rely upon the dicta in Missett to argue that the non-solicitation will not put the employee of out of his or her chosen profession.

When it comes to proving the violation, recent case law demonstrates that each case will turn on its particular facts.  The Harnett Court
rejected the notion that the question of who made the “initial contact” (the client or the former employee) could serve as a “bright line” test in determining whether there was a breach of non-solicitation provision.  The First Circuit noted that there exists merely a “metaphysical” difference between actively soliciting business and merely accepting new business, describing the distinction as “hazy.”  The court specifically affirmed the district court’s entry of a preliminary injunction even though there was evidence that the client made the initial contact.  The First Circuit also assigned weight to the new employer’s targeted mailings announcing the addition of Harnett as an employee of the new employer in concluding that the district court had properly applied the law to the facts of the case.

Social media and email “blasts” add to the haziness of the case law.  For example, in KNFT Inc. v. Muller, a Massachusetts trial court found that a former employee’s announcement of her employment on LinkedIn.com did not constitute a violation of a non-compete or non-solicitation provision.  The trial court noted that using Linked In to announce a new position did not amount to solicitation.

These cases demonstrate that effective evidence of a breach of non-Solicitation will depend upon the quality of the contact.  While the court may examine who made the initial contact, it will also examine, as the court in Harnett did, what was discussed during the contact. Employers should prepare evidence of social media activity, and targeted mailings and emails, in addition to evidence regarding specific contacts with employees or clients.

Non-solicitation provisions may serve as an effective “Plan B” where courts are increasingly unwilling to enforce covenants not to compete.  Where the quality of the evidence supports it, equitable concerns may be less pressing to a trial judge, particularly because the non-solicitation provision will allay the often-repeated concerns of trial judges that an injunction will put a person out of their chosen profession.

Patricia Collins is a Partner with Antheil Maslow & MacMinn, LLP, based in Doylestown, PA, with a branch office in Princeton, NJ. Her practice focuses primarily on commercial litigation, employment and health care law.

More in this category: « Eastern District To Consider De Facto Merger After Fizzano Brothers Your Defendant Died: Will Your Lawsuit Survive? »