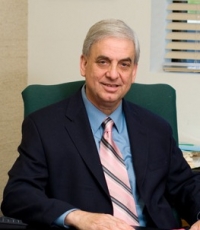 Young’s lawsuit against UPS claimed that the Company acted unlawfully in refusing to accommodate her lifting restriction, which she asserted was related to her pregnancy. She stated that UPS accommodated other drivers who were “similar in their … inability to work”.

UPS responded that the “other persons” it had accommodated were drivers disabled on the job, drivers who had lost Department of Transportation certifications, and those who had a disability as defined by the American with Disabilities Act. UPS therefore claimed it had not discriminated against Young because she did not fall within any of the three categories listed above.

The federal District Court granted summary judgment for the UPS and the Court of Appeals for the Fourth Circuit affirmed the dismissal of the case.

The United States Supreme Court reversed the lower courts and drawing from the standards it employs for other categories of employment discrimination, set forth the test for determining whether an employee claiming pregnancy discrimination has made out a prima facie case (meaning the matter can go before a jury-or judge serving as fact-finder- to make the ultimate determination as to whether the employee was unlawfully discriminated against). Specifically, an employee claiming pregnancy discrimination must initially show that she belongs to the protected class (that is an individual covered by the PDA), that her employer denied a requested accommodation and that the employer accommodated others “similar in their ability or inability to work”.

The employer may then seek to justify its action based on “legitimate, nondiscriminatory” reasons. Convenience or expense is not normally considered an appropriate reason.

If the employer can offer a seemingly “legitimate, non-discriminatory” reason for denying the requested accommodation, the employee is then given the opportunity to show that the employer’s reasons are a pretext for discrimination.

Assuming the employee can offer sufficient evidence to satisfy these initial requirements, the employee is entitled to have a jury decide the ultimate issue of pregnancy discrimination.

Because the lower courts had not applied this test to pregnancy claims, the Supreme Court reversed the decision of the lower courts which had dismissed the case, and directed that the Court of Appeals determine whether Young had made out a prima facie case of discrimination.

The full effects of this decision will not be known until the lower courts and the federal Equal Employment Opportunity Commission (“EEOC”) have had a chance to apply the Supreme Court’s test to specific fact situations and in the case of the EEOC to draft and issue new regulations and guidance. In addition, after Young’s claim arose, the American Disabilities Act was amended and expanded the definition of “disability” to include “physical or mental impairment[s] that substantially limi[t]” an individual’s ability to lift, stand or bend. The EEOC interpreted these changes to included temporary lifting restrictions, originating off the job. The Supreme Court declined to express a view on these changes as they were not strictly relevant to the matter before it.

While awaiting the potential impact of this case, employers should review their employment policies, handbooks and employee manuals -specifically with respect to pregnancy accommodations.

More in this category: « Unemployment Compensation Hearings: Sometimes You Get a Do-Over Do Confidentiality Orders Protect Confidential Information from Discovery in Subsequent Cases? »