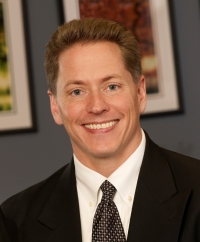 On December 18th, the President signed into law the Protecting Americans from Tax Hikes Act of 2015 (the “PATH Act”), as well as the Consolidated Appropriations Act, 2016 (the “Appropriations Act”).

The Appropriations Act’s key provisions relate to the “Cadillac Tax” on high cost employer coverage, extending the application of that tax until tax years beginning in 2020, and also changing the law to permit the deduction of the tax. The Appropriations Act also addresses/extends certain tax breaks associated with wind and solar energy activities and expenditures.

The PATH Act primarily addresses what have become known as “extenders,” which are certain taxpayer-beneficial provisions that have consistently been enacted for short periods of time, and then extended.  The PATH Act differs from prior extenders legislation, in that it makes certain provisions permanent (in the sense that they are not set to expire on a certain date).  The following is a brief overview of the PATH Act provisions with more pervasive impact and relevance.

• Charitable IRA Rollovers: For certain tax years beginning before Jan. 1, 2015, individuals over age 70½ could make tax-free distributions to a charity from an Individual Retirement Account (IRA) of up to $100,000 per year. These distributions weren't subject to the charitable contribution percentage limits (e.g., taxpayers can’t currently deduct contributions to charity in excess of 50% of their “adjusted gross income”), and this was because the distributions were neither included in gross income nor claimed as a deduction on the taxpayer's return.  Under pre-PATH Act law, these rules didn't apply to distributions made in tax years beginning after Dec. 31, 2014.  The PATH Act retroactively revives and permanently extends the ability of individuals at least 70½ years of age to exclude from gross income qualified charitable distributions from IRAs of up to $100,000 per year.

• Child Tax Credit: The Child Tax Credit (CTC) allows taxpayers to claim a $1,000 tax credit for each qualifying child under age 17 that the taxpayer can claim as a dependent. However, eligibility for the CTC begins to phase out when a taxpayer’s income exceeds certain levels.  If the CTC exceeds the taxpayer's tax liability, the taxpayer is eligible for a refundable credit equal to 15% percent of earned income in excess of a threshold dollar amount.  Under immediate pre-PATH Act law, the threshold dollar amount was an un-indexed $3,000, and was scheduled to rise to $10,000 after 2017 (the law prior to 2009), and to be indexed for inflation.  The PATH Act makes the enhanced CTC permanent by setting the threshold dollar amount for purposes of computing the refundable credit at an un-indexed $3,000. This change is effective for tax years beginning after the date of enactment.

• Opportunity Tax Credit:  This credit, a modified version of the prior Hope Scholarship Credit, has been made permanent; and it also includes new provisions to ensure the credit is not abused.

• Sec. 179 Enhancements Made Permanent: Section 179 of the Internal Revenue allows for the immediate expensing of certain capital expenditures, and the PATH Act has made the following permanent adjustments to Section 179:

• First Year Bonus Depreciation: The Act extends bonus depreciation for qualified property acquired and placed in service during 2015 through 2019 (through 2020 for certain longer-lived and transportation property). Eligible taxpayers will be able to claim:

• S Corporation Built-In Gains Period:  When a regular corporation (known as a “C Corporation”) converts to an “S Corporation” classification, the law has historically provided that any “built-in gains” at the time of conversion will be taxed as if the entity were still a “C corporation” if such gains are recognized within 10 years of the conversion.  Over the past several years, temporary provisions have been enacted to shorten the built-in gain period to as little as 5 years.  The PATH Act makes the 5-year built-in gains period permanent, and thereby making it easier to use an S Corporation conversion as part of pre-sale planning when selling a business.

• Research Credit:  The law has provided a research credit that is available for many types of research activities, and is calculated using a combination of historic research expenditures relative to revenues.  This credit expired at the end of 2014, but has been made permanent.  The new law also provides a post-2015 credit against the alternative minimum tax of small businesses, and further allows for the opportunity after 2015 to take a credit against payroll taxes rather than income taxes (helping many R&D companies that have little in the way of taxable income).  Fiscal year filers who have already filed for tax years ending in 2015 may need to amend to take advantage of the availability of the credit.

• Work Opportunity Tax Credit:  This credit is designed to encourage the hiring of members of certain targeted groups, and provides credit against income tax of a percentage of first-year wages up to $6,000 per employee ($3,000 for qualified summer youth employees). Where the employee is a long-term family assistance recipient, the credit is a percentage of first and second year wages, up to $10,000 per employee.  This credit, which had expired on December 31, 2014, has been extended through 2019.  After December 31, 2015, the credit is further expanded to include the hiring of certain chronically unemployed individuals.

• Look-through Rule for CFCs:  Federal tax law has recently allowed U.S. corporate taxpayers with “controlled foreign corporations” (CFCs) to move cash or other assets between  CFCs, without being considered to have repatriated the cash or other assets to the U.S., and therefore avoiding U.S. income taxation on the funds so moved.  This provision expired on December 31, 2014, and the PATH Act has extended it through December 31, 2019.

• Empowerment Zone Breaks:  The tax breaks that come with empowerment zone classification have been extended through December 31, 2016.