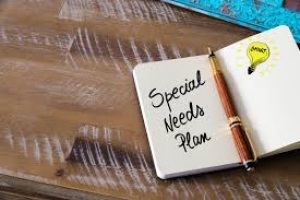 On July 26, 1990, President George H.W. Bush signed the Americans with Disabilities Act (ADA) into law. The ADA represented a sweeping change in access for individuals with disabilities by prohibiting discrimination on the basis of disability in employment, education, transportation, public accommodations, and other areas of life. The signing of the ADA represented the efforts of years of advocacy on behalf of individuals with disabilities and their advocates, whose work continues to this day.

One of the most important estate planning considerations for individuals and families is the ability to pass on assets to a beneficiary with a disability. If an individual with special needs is receiving income- and resource-dependent public benefits, then proper estate planning is necessary to ensure that the receipt of an inheritance does not jeopardize eligibility for these benefits. Income- and resource-dependent public benefits have strict limits on the amount of assets an individual can receive monthly (income) and own (resources) in order to qualify. Two of the most important income- and resource-dependent public benefits are Supplemental Security Income (SSI) and Medicaid (called Medical Assistance in Pennsylvania), which includes health insurance and Medicaid waiver programs for community-based services. The resource limit for SSI eligibility is $2,000 per individual ($3,000 if the individual is married). In many states, including Pennsylvania, individuals who qualify for SSI are automatically enrolled in Medical Assistance. Medical Assistance waiver programs have varying resource limits depending on the program. As a general rule, therefore, individuals with disabilities who receive these public benefits cannot have assets in excess of $2,000 without affecting their eligibility for public benefits. 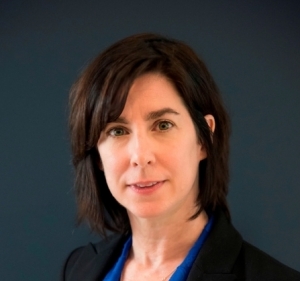 Reprinted with permission from the April 19th edition of The Legal Intelligencer. (c) 2019 ALM Media Properties. Further duplication without permission is prohibited.

On April 12, 2019, in the United States District Court for the Western District of Pennsylvania, a jury returned a verdict that serves as a reminder to employment law practitioners of the importance of treating mental health issues with sensitivity and consistent with the Americans with Disabilities Act (“ADA”) and taking a practical approach to reasonable accommodations.  The jury in Schirnhofer v. Premier Comp Solutions LLC, Western District of Pennsylvania docket number 2:16-CV-00462, found that the employer, Premier Comp Solutions LLC (“Premier”), had discriminated against the Plaintiff, Ms. Schirnhofer, on the basis of her mental health disability, and in violation of the ADA.  The jury awarded Ms. Schirnhofer $285,000 in damages:  $35,000 in backpay, and $250,000 in non-economic damages.

This summary of the facts of the case is drawn from the Court’s opinion on Premier’s summary judgment motion, issued on March 28, 2018.  Ms. Schirnhofer began her employment at Premier in 2009, and was terminated on February 5, 2014.  She was employed as a billing assistant in the billing department.  During the course of her employment, she had good performance reviews.  Ms. Schirnhofer was diagnosed with anxiety and other mental health issues prior to her employment with Premier.  Her condition was exacerbated in 2012 when her newborn grandchild died, and a co-worker with whom she was close left Premier.  What followed was a series of interpersonal problems, and conflicts with and complaints about co-workers.  Premier’s president and Ms. Schirnhofer’s co-workers had referred to her as “Sybil” (referencing a character in the movie Sybil who suffered from mental health issues).  The human resources representative noted that she should seek “medical attention.”  Ms. Schirnhofer eventually asked for a reasonable accommodation in the form of two additional ten-minute breaks.  She provided a letter from her physician regarding the need for such breaks to accommodate her Post Traumatic Stress Disorder and her Generalized Anxiety Disorder.  On January 28, 2019 Premier denied the request, despite the advice of its human resources professional to provide the accommodation.  Instead, Premier offered to move her work area.  On a particularly bad day in February, 2014, Ms. Schirnhofer took to Facebook to vent her anxiety.  She was terminated on February 5, 2014 for her Facebook posts in violation of Premier’s Social Media policy.   Ms. Schirnhofer sued, alleging that Premier had terminated her in retaliation for her request for an accommodation, that Premier had discriminated against her in violation of the ADA, and that Premier had failed to provide a reasonable accommodation.   The jury returned a verdict in her favor on the issue of discrimination, but found that Premier had not retaliated against Ms. Schirnhofer.

The lessons for employment law practitioners in this verdict are many, among them:  mental health issues and accommodations are subtle, and require sensitivity; requests for reasonable accommodations provide an excellent opportunity for risk management; and, it is quite expensive to be wrong.

Telecommuting: A reasonable accommodation under the American with Disabilities Act? 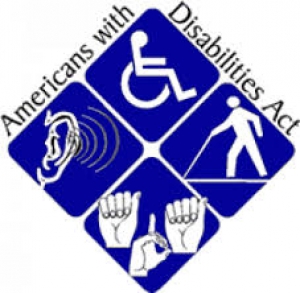 Under the Americans with Disabilities Act (ADA), an employer must provide reasonable accommodations to an employee who is disabled (as defined under the ADA) and who is otherwise qualified for the position.

An issue frequently faced by employers and addressed by the courts is what constitutes a “reasonable accommodation”?

A federal appeals court recently addressed this matter, where an employee confined to bed because of complications from her pregnancy, requested that she be permitted to work from home or a hospital (telecommuting) for a ten week period. Mosby-Meachem v. Memphis Light, Gas & Water Div. 2018 WL  988895 (6th Cir. February 21, 2018). The employee served as an in-house counsel for a corporation. Her request to telecommute for ten weeks was denied.  The company did not at the time of the request have a formal written telecommuting policy-although it did permit telecommuting and permitted the employee on a prior occasion to telecommute. The employee filed suit under the ADA, and a jury awarded her $92,000 in compensatory damages. In affirming the jury’s award, the court held that a “rational jury [under the specific facts of the case,] could find that the employee was a qualified employee, [covered by the ADA] and that working remotely for ten weeks was a reasonable accommodation.” In reaching its conclusion, the court found that sufficient evidence had been presented to the jury to support the employee’s claim that she “could perform the essential functions of her job remotely for ten weeks…” The court rejected the employer’s claim that the written job description for this employee dictated the opposite result because the job description was outdated and did not reflect the employee’s actual work requirements. The court, in affirming the jury verdict, also relied on the fact that the employer did not engage in an “interactive process” with the employee to understand the limitations the employee faced, and what accommodations might be put in place to allow the employee to continue at her job. Instead the employer pre-determined what it intended to do without conversing with the employee. Several lessons can be drawn from this case: First, even if an employer has no telecommuting policy or a policy which does not permit telecommuting, the employer, under a particular set of facts, may be in violation of the ADA if telecommuting would be found to be a reasonable accommodation. Secondly, an employer must engage in an interactive process with an employee to determine what, if any, accommodation might be reasonable under the particular circumstances. This means direct communication between the employer and the employee. An inflexible policy of the employer may end up causing the employer to be in violation of the ADA. Finally, written job descriptions must be reviewed and updated as needed. An outdated or inaccurate job description cannot help an employer and in many instances will be detrimental to an employer seeking to defend against a claim of job discrimination.