In 2008, Pennsylvania enacted the Home Improvement Consumer Protection Act (HICPA) designed to protect home owners from unscrupulous contractors.  However, it is also a trap for the unwary home improvement contractors.  In addition to its registration requirements, HICPA specifies what must be in a contract for home improvement services and what may not be in these contracts.

HICPA applies not only to contractors performing renovations and remodels, but also many other types of services including most landscaping work, security systems, fencing companies and concrete work.  Any individual or company performing these services needs to be aware of the requirements imposed by HICPA and can read more in this client alert. 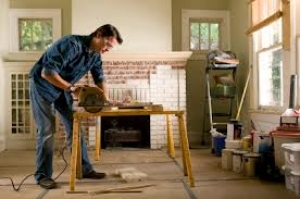 Four years ago, the Home Improvement Consumer Protection Act (HICPA) went into effect, forcing home improvement contractors to register with the Commonwealth and to comply with various contracting requirements (for more information, see our Client Alerts on the subject https://www.ammlaw.com/general/articles.html). We have found that unfortunately many contractors remain unaware of this law. Failure to comply with HICPA could result in civil and criminal penalties. But does non-compliance also mean that a contractor is prevented from receiving payment from its customer for completed work? Not necessarily, held the Pennsylvania Superior Court, which recently gave hope to contractors when it concluded that a contractor who does not comply with HICPA may nevertheless recover the value of its services from the customer.

While Shafer Electric provides reassurance for home improvement contractors doing work in Pennsylvania, the prudent contractor will not rely on it to ensure collection of its fees. Because of the hefty fines and possible criminal penalties that may be imposed for violations, we strongly encourage contractors to register and comply with the other requirements set forth in HICPA.