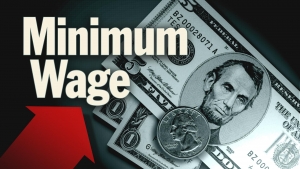 Reprinted with permission from the August 18th, 2018 issue of The Legal Intelligencer. (c) 2018 ALM Media Properties. Further duplication without permission is prohibited.

In 2016, the United States Department of Labor proposed changes to regulations regarding exemptions from the overtime and minimum wage requirements of the Fair Labor Standards Act (“FLSA”).  The proposed changes nearly doubled the salary requirement to qualify for these exemptions.  Employers hurried to change policies and reclassify employees in order to meet the December 31, 2016 deadline to comply with the new salary requirement.  In late 2016, a federal court imposed an injunction on the imposition of those rules, and there the new regulations died (more at the hands of the Trump administration than as a result of legal challenges). Among other observations, the federal district court for the Eastern District of Texas concluded that the injunction was necessary because the new salary requirement was so high that it rendered the duties test “irrelevant.”

The proposed change was dramatic, and would have required significant policy and personnel changes.  Now, Pennsylvania is taking on those salary requirements in a less dramatic, but no less significant way.