2021 Round of PPP Funding: A New Lifeline for Small Businesses is Available Now! 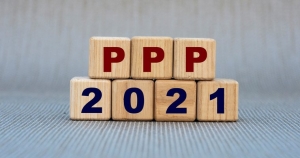 On January 7th, the Treasury Department announced that the Paycheck Protection Program, a unique program that kept many businesses afloat during the initial months of the pandemic, will re-open the week of January 11 for a second round of loans for new borrowers and certain existing PPP borrowers. To promote access to capital, initially only community financial institutions will be able to make First Draw PPP Loans beginning on Monday, January 11, and Second Draw PPP Loans on Wednesday, January 13. The PPP will open to all participating lenders shortly thereafter.The PPP fund provides forgivable loans to businesses, providing they maintain their payroll.