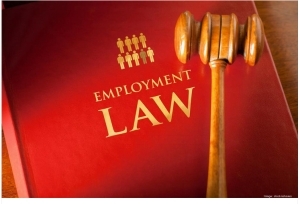 Reprinted with permission from the October 14th edition of The Legal Intelligencer. (c) 2022 ALM Media Properties. Further duplication without permission is prohibited.

Employers eager to recapture the costs of hiring foreign citizens often use damages or repayment provisions in employment agreements. A recent case in the Southern District of New York illustrates a challenge to that strategy. The Southern District’s recent decision in Baldia v. RN Express Staffing Registry LLC to allow a complaint under the federal Trafficking Victims Protection Act (“TVPA”) to proceed, is part of a growing trend in using the TVPA to challenge such agreements.

The plaintiff in the Baldia case, Marie Alexandrine Baldia, is a citizen of the Philippines. RN Express Staffing recruited her from the Philippines and hired her as a registered nurse supervisor after sponsoring her visa to work in the United States. Baldia signed an Employment Agreement for a three-year term, that included a liquidated damages provision. Specifically, the Employment Agreement required that in the event Baldia left the employ of RN Express Staffing, “without cause”, before the end of the three-year term, she would need to repay the costs of “recruiting, training and placement”. The Employment Agreement recited that the “Company Recruitment Costs” totaled $33,320, and that the number would be reduced after her first full year of employment.