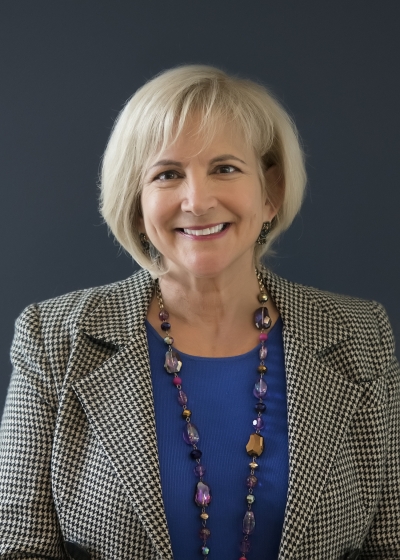 Sue enjoys working with clients and their other advisors as an integral part of a comprehensive working group focused on solving business challenges.  Armed with both good humor and excellent negotiating skills, she concentrates her practice primarily in general corporate transactional work and finance documentation in the areas of Business Transactions, Business Law, Private Finance, Real Estate, Contracts, and Non-Profit Law. Sue assists entrepreneurial individuals and privately-held companies in their efforts to structure and implement a great variety of business transactions, including stock and asset acquisitions, banking negotiations, mergers, secured and unsecured financing, real estate and business acquisitions and leases, capital arrangements for hospitals and other health care providers, distributorships, software services and license arrangements and business separations and dissolutions.

Sue has prepared numerous private placement memoranda, subscription documents, partnership, shareholder and operating agreements and related documents for start-up and existing business ventures, equity infusions, and real estate, medical equipment and other syndications. She also has assisted start-up and early stage companies in their efforts to implement successful channel opportunities and strategic alliances.   Committed to delivering precisely drafted documents, Sue believes getting parties with conflicting interests to agree in writing can be tremendously rewarding (financially and emotionally) for all.

Additionally, Sue serves on a number of local non-profit boards and is a frequent speaker at seminars for the CPA community, for business lawyers, artists, physicians and non-profit boards. She was a senior staff member for the Temple Law Quarterly, 1981-1982, and has authored numerous articles.  Sue was named a 2004 “Super Lawyer” in Philadelphia Magazine for her excellence as a corporate lawyer, and received recognition as Delaware Valley Region Attorney of the Year, Power Players Awards, from Philadelphia SmartCEO Magazine in 2014.  In December 2015, Sue completed basic Good Shepherd mediation training to further hone her concilation skills.