Collecting On Your Contract From A Corporate Deadbeat 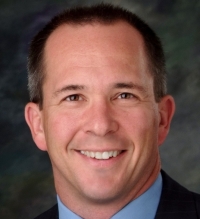 By Thomas P. Donnelly, Esquire, Reprinted with permission from the March 27, 2014 issue of The Legal Intelligencer. (c)
2014 ALM Media Properties. Further duplication without permission is prohibited.

It happens all the time.  A potential or existing client calls and advises they have been stiffed by a customer on a commercial contract.  Often times, your client has provided goods or services to a client business only to be advised their client, the other named party to agreements in place, has ceased business operations.  [As filing under Chapter 7 of the Bankruptcy Code does not result in a discharge of corporate obligations, a bankruptcy filing is generally not forthcoming.]  There is no event which gives the client finality as to their loss.  The client is left with only their suspicions that operations have commenced under a new corporate umbrella and whatever assets remained have simply been transferred out of the client’s reach.

While certainly not in an advantageous position, your client’s claims may not be dead.  Under the right factual circumstance, recovery may still be had.  Claims against successors, affiliated business entities, and corporate principals are fact specific and often necessitate pre complaint development through available public information or, potentially, through the issuance of a writ of summons.  If sufficient information can be mined, causes of action for violation of the Uniform Fraudulent Transfers Act, successor liability under the de facto merger doctrine, unjust enrichment, and claims for piercing the corporate veil may have merit and be successfully pursued.

Pennsylvania has adopted the Uniform Fraudulent Transfers Act 12 Pa. C.S. Sec. 5101.  The Act allows a creditor to void a transfer made to another, including a business entity, under three conditions: 1) the plaintiffs are “creditors” as defined by the statute; 2) the transfers were made with actual fraudulent intent; and 3) there are no viable defenses.  Defenses identified by the Act include a transferee’s acceptance of the transfer in “good faith” for “reasonably equivalent” value.  Of course, actual fraudulent intent can be difficult to establish; however, the statute provides a framework where actual fraudulent intent may be inferred.  Under the statute, the nature of transactions and the extent of potential liability may be considered.  Accordingly, under the right set of facts, any transfers of assets made by a defaulting party may be recovered and made available to satisfy the unpaid obligation.  The United States District Court for the Western District of Pennsylvania found such conditions to exist in Schwartzman v. Rogue International Talent Group, Inc., 2013 WL 5948028. (E.D. Pa. Nov. 7, 2013).

The de facto merger doctrine may also be available.  Recent decisions in the Pennsylvania Supreme Court in Fizzano Brothers Concrete Products, Inc. v. XLN, Inc. 42 A.3d. 951(Pa. 2012) and the United States District Court for the Eastern District of Pennsylvania in Lehman Brothers Holdings v Gateway Funding Diversified Mortgage Services, L.P.  have dramatically broadened the doctrine’s potential application. In situations where the business enterprise has been continued by an overlapping ownership group or a group of management personnel which received “some indicia” of ownership (such as an interest in generated profit or loss) in the surviving entity, the de facto merger doctrine can be utilized to impose the existing liability on the successor.

Where multiple business units operate together in synergy, the common law concept of unjust enrichment may also apply.  Synergistic businesses often develop or grow out of a common nexus and the separation between the entities may become clouded.  In situations where services or goods supplied benefit not only the contracting party, but also other closely aligned but separate entities, unjust enrichment can be utilized to impose the liability, at least to the extent of the benefit, on a non signatory to the underlying agreement.  As noted in Smarttran, Inc. v. Alpine Confections, Inc., 352 Fed. Appx. 650  (3d Cir. 2009) however, continuing benefit to the successor after the transition may be essential.

A corollary to both the de facto merger doctrine and unjust enrichment is the single enterprise theory.  In Pennsylvania, the elements to satisfy the single enterprise theory consist of the following: identity of ownership; unified administrative control; similar or supplementary business functions; involuntary creditors; and insolvency of the corporation against which the claim lies. Miners, Inc. v. Alpine Equipment Corp., 722 A.2d 691 (Pa. Super. 1998).   Unfortunately, research reveals no case decided under Pennsylvania law where a Plaintiff was successful in the application of the doctrine to a contract situation as contracting parties are not within the definition of “involuntary creditors”.  However, the recent and substantial broadened application of the de facto merger doctrine may be a signal of the Court’s willingness to specifically adopt the single enterprise theory as the elements are very closely aligned.

Finally, under the right set of facts, it may be appropriate to pierce the corporate veil and assess the liability against ownership; whether a person or a parent corporation.   Certainly, a Plaintiff seeking to pierce the corporate veil faces a difficult challenge as facts necessary to satisfy the burden are rarely known pre litigation.  Even if facts related to the burden could be developed through discovery, the application of the statute of limitations against the ownership of the defendant corporation has been unclear.  Was the statute of limitations applicable to the underlying liability or, in the event a judgment against the defunct corporation could be obtained, could an action be raised against the individuals for recovery of that judgment even after the statute applicable to the underlying obligation had lapsed?  The United States District Court for the Western District of Pennsylvania addressed that issue in Madonna v. Francisco, 2014 WL 981568 (W.D. Pa. Mar. 13,14).  Having determined that no Pennsylvania Court had addressed the issue, the Court held, at least in situations where a judgment had been obtained against a defunct corporation, the four year statute of limitations applicable to “an action upon a judgment or decree in any court of the United States of any state” at 42 Pa.C.S. 5525(a)(5) was applicable to an action to pierce the corporate veil 42 Pa. C.S. 5525 (a)(5).  Accordingly, the underlying statute of limitations was of no moment where a judgment, even a judgment by default, had been obtained.

Certainly the client should expect difficult and potentially expensive litigation in any effort to collect a debt from a business entity that claims to be defunct; but sometimes, under the right set of facts, the recovery can be well worth the risk of the investment.

More in this category: « Your Defendant Died: Will Your Lawsuit Survive? A Cautionary Tale for Commercial Lenders: Beware of Term Sheet & Commitment Letter Language »