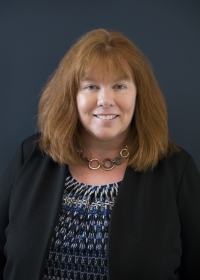 The Pennsylvania legislature recently enacted changes to the state sales tax code that affect computer software providers and their customers. These changes went into effect on August 1, 2016.

Under the Pennsylvania Tax Reform Code of 1971, a tax is imposed on the sale of “tangible personal property”, which is defined generally as “corporeal personal property” along with a non-exclusive list of various types of property. In 2010, the Pennsylvania Supreme Court held that the term “tangible personal property" includes canned computer software and that the licensing of such software is subject to the tax. In so holding, the Court rejected the argument made by the taxpayer (Philadelphia-based law firm Dechert LLP) that canned computer software consists of intangible intellectual property rights that are not subject to the tax. The Court noted, however, that fees paid by Dechert for software maintenance and support services did not represent the payment for the transfer of tangible personal property and were likely not taxable (though for whatever reason Dechert did not make the distinction and so it was not part of the Court’s holding).

The Pennsylvania General Assembly apparently disagreed with the Court’s categorization of maintenance and support. While the amendment in question was ostensibly intended to just capture digital downloads of property already subject to the tax (e.g., games, apps, video streaming, canned software, etc.), the language adopted by the legislature arguably broadens the scope of the tax. The definition of “tangible personal property” was modified to include video, books, apps, music, games, canned software, and other items “whether electronically or digitally delivered, streamed or accessed, whether purchased singly, by subscription or in any other manner, including maintenance, updates and support”. The highlighted language contradicts the Supreme Court’s commentary in Dechert that software maintenance and support, as services, are not subject to the tax. Nevertheless, the General Assembly has spoken and prudent software vendors should collect sales tax not only on the price of the canned software package itself, but also on digitally or electronically delivered maintenance, update and support services, at least until the interpretation of this provision is clarified by the Department or through the courts.

The Pennsylvania Department of Revenue has published a summary of this and other changes that are part of the recent amendment to the Pennsylvania tax code: http://www.revenue.pa.gov/GeneralTaxInformation/TaxLawPoliciesBulletinsNotices/Documents/State%20Tax%20Summary/2016_tax_summary.pdf

More in this category: « Marrying again? Is a prenuptial agreement right for you? Breaking News – New One Year Separation Requirement Under the Divorce Code »