Custody Dilemmas During the Coronavirus Pandemic

In the course of the past few days, we have all been presented with unforeseen challenges as a result of the COVID-19 virus. If you currently have a custody order in place or are going through a custody battle, you might be experiencing parenting issues stemming from the coronavirus outbreak, the recent school closures and work from home mandates.

For Children of Divorced or Separated Parents, Your Generosity and Flexibility Makes for a Happier Holiday 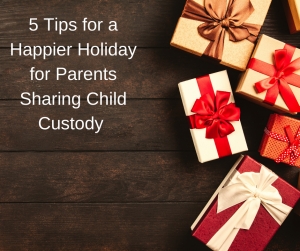 The holiday season can be a stressful time of the year, especially for children whose parents have recently separated or have a tense custody arrangement.  I often remind my clients to keep in mind that the children have not asked to be put in this position, and parents should do all they can to ensure a happy and stress-free holiday for their children. After all, the children should be the focus in the holiday season.  Here are some tips to help reduce tensions for your children over the  holiday season .

1. Make it clear to your children that you are genuinely happy for them to spend time with the other parent.

2. Help them make cards and gifts or take them out to buy something for the other parent.  It doesn’t have to be extravagant, but this small gesture will go a long way in bringing happiness to your children, and hopefully foster more civility with their other parent. The children will be excited that they have a gift to give,  and hopefully the other parent will reciprocate in the future.

3. If your children are having fun at the other parent’s house, spending time with family they haven’t seen in some time, and want extra time with that family, consider allowing them to spend a little extra time before you pick them up, especially if your plans are flexible.

4. Don’t cancel Christmas or Hanukkah. Some parents decide that because they are not going to have their children at a specific time on the holiday, they are not going to celebrate this year. The only ones hurt with this approach are your children, who – after all -  did  not ask to be subject to a custody order. Make it clear to your children that you were excited to celebrate with them, and that you will be celebrating when they are back at your house. That will also give them peace of mind to enjoy the holiday more when they are with the other parent free of guilt and worry that you are sitting home alone and sad since they are not there with you.

5. Make sure you look at the custody order in advance. If you have any questions make sure to have those questions answered by your attorney or resolved in a discussion with the other parent well in advance to avoid disputes on  the eve of the holiday .

If your children see that you are happy to celebrate the holiday, no matter what the schedule is, that will allow them to more fully enjoy the holiday as well.

Wish you and your family a very happy holiday season.

A Post Divorce Checklist: Finish Things the Right Way and Sail Into the Future 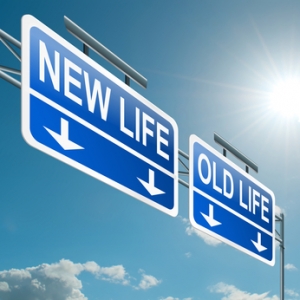 The divorce is final. No more deadlines to meet, papers to file or waiting time for all of it to be over. Now that the hard part is behind you, it is time for a fresh start. However, there might be a few things remaining for you to do before you can officially move on to the next chapter.

The following is a checklist of things that you might still need to do after your divorce is finalized:

Getting these things done might seem a burden now, after all you have been through, but it is necessary to avoid trouble later on.  It is better that you go through this checklist and handle these issues as soon as your divorce is finalized to prevent possible future complications.

Once these things are done, you get to close that chapter and enjoy your new life with no worries about unhandled matters left over from the divorce. 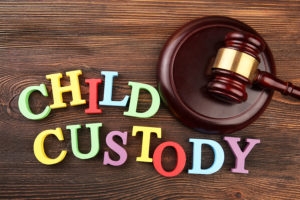 As family law attorneys and parties to custody orders can attest, shared custody and co-parenting arrangements are often fraught with ongoing tensions, stress and conflict.  Using the court system to litigate smaller disagreements in the aftermath of a custody order is inefficient, costly and time-consuming.  In addition to the burden it places on the Court system, it is a strain on not only the parents, but most importantly, the children who are subject to the order.  Fortunately, a common sense alternative is soon returning which can mitigate some of the strife of custody disputes in the future.

On March 1, 2019, the Parenting Coordination program, which was terminated in May 2013, is being reinstated by the Pennsylvania Supreme Court. The rule allows the Court to appoint a parenting coordinator to resolve parenting issues arising from the final custody order issued in the case. The rule clearly establishes that parenting coordination is not intended for every case. Coordinators will not be appointed where there is a protection from abuse order in effect between the parties to the custody action, a finding by the Court that a party has been a victim of domestic violence by a party to the custody action during the case or within 36 months of the filing of the custody action or where a party has been the victim of a personal injury crime.

A parenting coordinator will be appointed for a period not to exceed 12 months; however, this may be extended. The rule also sets certain qualifications that must be met prior to the coordinator’s appointment. Once appointed, the parenting coordinator will have the authority to recommend resolutions to the court on specific custody related issues including, but not limited to: deciding on locations and conditions for custody exchanges; temporary variations of the custody schedule due to special or unique events and circumstances; and any school-related issues.

There are, however, specific areas into which the coordinator is explicitly prohibited from making any decisions such as: changing legal or primary physical custody; changing the custody schedule (a permanent change, rather than a “temporary” one); changing the child’s residence or their relocation; financial issues; major decisions affecting the health, education or religion of the child; and any issues limited by the appointing judge.

Custody matters are typically the most high-conflict and costly type of family law cases. By reintroducing the amended parenting coordination rule, the Supreme Court has returned a functional tool to the courts, attorneys and litigants to expedite custody disputes and reduce stress and costs for all parties involved. The hope is that this additional tool will assist all parties involved in achieving the best interests of the children in custody cases.

The Holidays Are Almost Here – Plan Ahead for Custody Considerations 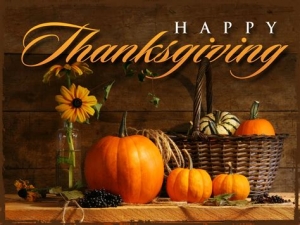 It seems that Labor Day has just come and gone, but the snow is already moving in and the holiday season will be here before we know it.  You have already transitioned the children from summer vacation into another school year, hopefully without too much stress.  While it can be hard to focus on the details of the season, if you have minor children and a custody agreement or order, it is time to take a look at your custody documents  and give some thought to what lies ahead in the next month and a half.   Prior to scheduling family dinners, holiday celebrations and travel, it is important to see what the holiday schedule is for this year.  Which days of the holidays are your children with you, what times are they with you, and who is responsible for transporting the children?  It is important that you know the answers to all of these questions.  Take out your custody agreement or order now and look through the schedule for Thanksgiving through New Year’s.  If you have questions, now is the time to ask your attorney, not on Thanksgiving morning.  We all know that a lot of advance planning occurs for the holidays, and family gatherings are scheduled.  If it is important to you that your children celebrate with you and your extended family, you want to be sure to make your plans around when you have physical custody of the children.  The last thing that you want to do is put your children in the middle of a dispute and have them miss plans with either parent that they were looking forward to.  Knowing the details of the holiday schedule now will enable you to make plans based upon the custody schedule and keep everyone happy, which should result in a more peaceful holiday for you.