Reprinted with permission from the June 21st edition of The Legal Intelligencer. (c) 2021 ALM Media Properties. Further duplication without permission is prohibited.

Since its enactment in 1986, employers have used the federal Computer Fraud and Abuse Act, 19 U.S.C. §1030 (“CFAA”) to vindicate violations of the employer’s workplace policies regarding use of computers, email accounts, and other electronic information by departing employees. The CFAA inevitably appeared as a claim in an employer’s complaint to address such conduct as downloading information from work computers and email accounts, or wiping devices and removing valuable information. The CFAA potentially provided relief where the information taken might not meet the definition of a “trade secret” in the federal Defend Trade Secrets Act (18 U.S.C. §1986), or Pennsylvania’s Uniform Trade Secrets Protection Act (12 P.S. § 5302). Further, and perhaps providing leverage for employers, the CFAA provided a criminal remedy for such violations. In Van Buren v. United States, 592 U.S. ___ (June 3, 2021), the United States Supreme Court may have eliminated that claim for wronged employers.

The CFAA prohibits intentionally accessing a computer with or without authorization or exceeding authorized access of a computer. The Act defines “exceeding authorized access” as accessing a computer with authorization and using that access to obtain information in the computer to which the individual is not otherwise entitled. The CFAA imposes criminal liability for violations of these prohibitions. It also imposes civil liability through a private cause of action if there is “damage,” meaning, an impairment to the integrity or availability of data, a program, a system or information.

The pandemic changed the workplace dramatically, and perhaps permanently. COVID called upon employers to adapt to remote work with very little notice and preparation. Employers then adapted their offices and workspaces to allow employees to work safely in their facilities with masks and social distancing. And then, just as quickly, CDC modified its masking guidance. Employers are challenged to comply with changing guidelines and existing laws and a very competitive job market. Employers must consider new masking guidelines, vaccination mandates and remote work options, as well as the laws that apply to those considerations.

When the pandemic started, CDC guidelines presented a simple rule: In-person workplaces should require employees to wear masks, unless there was a health reason that prevented an employee from doing so. If an employee had a health reason not to mask, the employer could comply with the Americans with Disabilities Act, and the Pennsylvania Human Relations Act, by accommodating the employee who provided medical documentation of the health issue. The CDC recently changed its guidance to state that vaccinated people do not need to wear masks, and this is where it gets complicated.

Reprinted with permission from the April 16th edition of The Legal Intelligencer. (c) 2021 ALM Media Properties. Further duplication without permission is prohibited.

The COBRA subsidy is available from April 1, 2021 to September 30, 2021 to “assistance eligible individuals,” that is, individuals who are eligible for COBRA coverage as a result of an involuntary termination or a reduction in hours. The Act specifically excludes individuals who voluntarily terminate their employment. “Assistance eligible individuals” are not required to pay their COBRA premiums from April 1, 2021 through September 30, 2021. The employer or plan to whom the individual would normally pay premiums is entitled to a Medicare tax credit for the amount of the premium assistance. There is no guidance from the Department of Labor or the Internal Revenue Service regarding these tax credits.

Reprinted with permission from the February 22nd edition of The Legal Intelligencer. (c) 2021 ALM Media Properties. Further duplication without permission is prohibited.

In Martinez v. UPMC Susquehanna, the United States Court of Appeals for the Third Circuit clarified the specificity required in pleading prima facie  cases of discrimination in light of the holdings in Ashcroft v. Iqbal, 556 U.S. 662 (2009)  and Bell Atlantic Corp. v. Twombly, 550 U.S. 544 (2007).  The Third Circuit held that an age discrimination plaintiff need not plead the exact age or duties of the plaintiff’s alleged replacement in order to survive a motion to dismiss.

The plaintiff in the Martinez case appealed an order issued by the United States District Court for the Middle District of Pennsylvania dismissing the case for failure to state a claim under Iqbal  and Twombly.    The defendant, UPMC Susquehanna, employed the plaintiff, Dr. Martinez, as an orthopedic surgeon.  Dr Martinez alleged in his complaint that UPMC Susquehanna terminated his employment and advised him that it was “moving in a different direction and his services were no longer needed.”  UPMC Susquehanna also told Dr. Martinez that his termination had “nothing to do with his performance.”  Dr. Martinez pleaded that he was seventy (70) years old, and that UPMC Susquehanna hired two doctors after his termination.  The Complaint alleged that one of the hired physicians took over some of Dr. Martinez’s job duties, and that the second doctor was hired in response to a job posting for an orthopedic surgeon.  Relevant to the Court’s analysis, Dr. Martinez alleged that both doctors were “significantly younger”, “less qualified,” and “less experienced” than Dr. Martinez.

As state governments issue stay-at-home orders, employment lawyers across the country have been digesting new employment laws, assisting clients in managing layoffs, furloughs, and leaves of absence, and working to keep up with a changing employment landscape.  Federal legislation has imposed dramatic, although temporary, changes to the way employers manage their employees during this trying time.  The Families First Coronavirus Response Act (“Families First Act”) and its regulations impose, for the first time under federal law, paid leave obligations.  The CARES Act changes the economics of layoffs, furloughs and reduced hours for employers.

Most importantly, the DOL identified April 1, 2020 as the Effective Date of the Act, contrary to the conclusion of most observers that the Act would go into effect on April 2, 2020.  Accordingly, employers of all sizes should plan to come into compliance on April 1, 2020.   The DOL also clarified that the Act is not retroactive.  The DOL also advises not to send requests for the small business exemption to the department, and that it will issue regulations regarding the small business exemption at a later date. 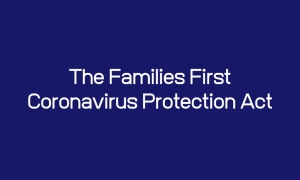 On March 18, 2020, President Trump signed the Families First Coronavirus Protection Act (the “Act”) into law.  The Act includes provisions to assist employers and employees during these extraordinary times.

Expansion of Protections Under the Family and Medical Leave Act

For the period of time beginning April 2, 2020 to December 31, 2020, the Act expands the protections of the Family and Medical Leave Act (“FMLA”).  Employees may be eligible for a combination of paid and unpaid leave for a period of up to 12 weeks under the FMLA, under certain conditions.

A Legislative Update for Employers Regarding COVID-19 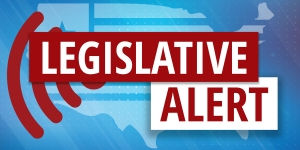 Late Friday, the United States House of Representatives passed the Families First Coronavirus Response Act (the “Act”). The President has tweeted his support of the legislation, and the Senate will take it up this week.