Good Faith and Fair Dealing; Blurring the Line Between Contract and Tort. 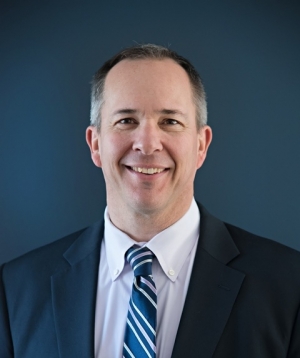 Reprinted with permission from the December 30, 2016 issue of The Legal Intelligencer. (c) 2016 ALM Media Properties. Further duplication without permission is prohibited.

Historically, the courts of the Commonwealth of Pennsylvania have been loathe to blur the distinction between tort and contract.  The gist of the action doctrine, well formed and frequently litigated, precludes  recasting contract claims as tort claims or claims of negligent performance of contractual duties.  The courts have specifically held that parties to business agreements such as partnership, shareholder or LLC operating agreements may contract away or severely limit fiduciary duties owed by partners, directors and managers.  Notwithstanding these long standing and often contested principles of law, the Pennsylvania Supreme Court is set to address an emergent trend toward the expansion of duties imposed by contract through the implication of the duty of good faith and fair dealing in the context of business relationships.  Specifically, the Court has granted allocator on the issue of whether “the implied covenant of good faith and fair dealing” applies to “all limited partnership agreements under Pennsylvania law.”  Assuming the Court answers the question in the affirmative, as have the Courts in neighboring Delaware in a similar cases involving business governance agreements, the bright line between tort and contract will dim.

The case of Hanaway v. Parkersburg Group, L.P. 132 A.3d. 461 (Pa. Super. 2015) arises out of a limited partnership agreement for the development and sale of real estate.  The complaint alleges various breaches of fiduciary duty, conversion and contract based on the general partner’s sale of real estate at below market value to a separate entity also controlled by the general partner and involving many of the same limited partners as had invested in the original limited partnership – to the exclusion of the plaintiffs.  All tort claims based on breach of fiduciary duty were found to be time barred.   Further, the trial court granted summary judgment on the contract claims.  On appeal to the Superior Court, plaintiffs argued that the trial court erred in granting summary judgment on breach of contract claims by finding that the provisions of the limited partnership agreement granting the general partner exclusive right to manage the business affairs of the partnership negated the duty of good faith and fair dealing.  Plaintiffs argued the covenant is implied in every contract and imposes on each party a duty of good faith and fair dealing in its performance and enforcement, notwithstanding the grant of exclusive management rights.

The Superior Court held that the implied covenant of good faith and fair dealing imposed the duty to exercise a contractual obligation, even a contractual obligation expressly conferring the exercise of discretion, must be exercised in good faith.  “Good faith” was interpreted to mean “faithfulness to an agreed common purpose and consistency with the justified expectations of the other party; it excludes a variety of types of conduct characterized as involving bad faith because they violate community standards of decency, fairness or reasonableness”.  The Court went on to describe the implied duty as requiring “honesty in fact in the conduct of the transaction concerned”.   Thus, the Court concluded that the general partner’s sale of partnership assets at below market rate for its own benefit and the benefit of its like minded limited partners to the detriment of others may constitute a breach of the implied duty and an issue for trial which should not have been dismissed on summary judgment.

The Pennsylvania Supreme Court’s impending decision will undoubtedly be guided by precedent from the Delaware Supreme Court and the statutory preservation of the duty of good faith and fair dealing even in the face of the right to contract including the right to limit other duties- even fiduciary duties.   Delaware has adopted both a Revised Uniform Limited Partnership Act and a Limited Liability Company Act which permit parties to business agreements within the scope of those Acts to limit fiduciary duties owed to each other and the business. The Limited Liability Company Act goes so far as to confirm the premise that managers in an LLC owe fiduciary duties to each other under law by default, but allows for modification of such duties in the  operating agreement. The Revised Uniform Partnership Act, while allowing for a contractual waiver of fiduciary duties, specifically rejects waiver of the covenant of good faith and fair dealing.  Accordingly, while the parties are free to modify the fiduciary relationship with regard to management of business entities traditionally governed by contract, the implied covenant of good faith and fair dealing remains.  That premise was confirmed by the Delaware Supreme Court in Gerber v. Enterprise Products Holdings, LLC 67 A.3d 400 (Del. 2013).    In Gerber, the Supreme Court explained that the implied covenant “seeks to enforce the parties’ contractual bargain by implying only those terms the parties would have agreed to during their original negotiations had they thought to address them”. Gerber, at 418.

The blending of tort and contract in the Pennsylvania Superior Court’s analysis in Hanaway is clearly evident by the Court’s summary conclusion that the breach of contract claims should have been preserved for the jury.  Although directly addressing the breach of contract claim, the Court applied tort principles by finding that the evidence, if credited, could support a finding that the Defendant orchestrated the sale of partnership assets at a price below market value for its own benefit.  The Court then concluded  such sale could have constituted a breach of the contractual duty to exercise management of the limited partnership in “good faith”.  Hanaway, 132 A.3d at 476.

A Supreme Court opinion which imposes the duty of good faith and fair dealing to all agreements governing business relationships will have far reaching implications.  Clearly, if breach of contract can be successfully alleged in a business setting under circumstances described in Hanaway, the statute of limitations analysis is substantially modified.  Owners of a minority business interest may no longer be limited to a two year statute.  Business practitioners and drafters of organizational documents who once believed a disclaimer of fiduciary duty was sufficient must now reconsider the inclusion of a “good faith” definition.  For litigators, the permissible theories of damage claims in business disputes concerning internal governance documents are expanded.

Tom Donnelly is a Partner of the firm. His practice focuses primarily on commercial litigation and transactions, employment disputes and personal injury.  To learn more about the firm or Tom Donnelly, visit www.ammlaw.com.