Scope Of “Work Product” Expert Discovery To Be Considered 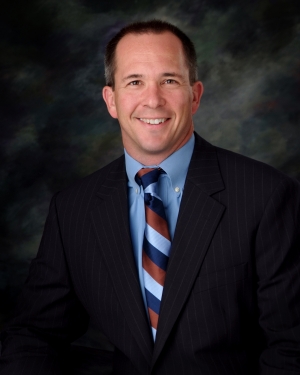 Reprinted with permission from April 5, 2013 issue of The Legal Intelligencer. (c)
2013 ALM Media Properties.
Further duplication without permission is prohibited.

The Pennsylvania Supreme Court is set to hear argument on April 10, 2013 regarding the scope of the work product doctrine and the discovery of materials contained in a testifying expert’s file on April 10, 2013.    The specific issue on appeal is whether Pennsylvania Rule of Civil Procedure 4003.3 provides absolute work product protection for all communications between a party’s counsel and its testifying trial expert.  The decision may provide clarity and guidance to litigation counsel facing an otherwise clouded issue.

In Barrick v. Holy Spirit Hospital, 32 A. 3d. 800 (Pa. Super. 2011), the trial court was faced with a subpoena directed to a medical provider who was both a treating physician and an expert retained for the purpose of offering trial testimony.  The trial court, after an in camera inspection, ordered the enforcement of the subpoena and the disclosure of communications between the expert and the Plaintiff’s counsel.  Plaintiff appealed, arguing the application of the work product doctrine under Pennsylvania Rule of Civil Procedure 4003.3 and trial preparation materials under Rule 4003.5 protected the communications from disclosure. 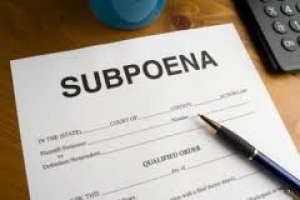 Why does it seem to take so long to solve simple problems?  For years litigators have had to resort to the use of the cumbersome and needlessly expensive procedures to compel the attendance of a witness in interstate litigation pending in state court.  The problem arises, of course, where the testimony of a witness located in Pennsylvania is needed in connection with litigation pending in another state, or when the witness is located out of state and his testimony is needed in connection with a Pennsylvania case.

In 2007, the National Conference of Commissioners on Uniform State Laws promulgated the Interstate Depositions and Discovery Act (the “Act”) which simplified the entire process.  In October 2012 the Act was adopted in Pennsylvania and became effective December 24. It is codified at 42 Pa.C.S. § 5331.

Need to subpoena a witness in another state for a Pennsylvania case?  If the witness is located in any of the thirty two states and territories that have adopted the Act, the procedure is just as simple.  Issue a Pennsylvania subpoena; send it to your local counsel on the ground in the discovery state and off you go.  The Act is the law in Alabama, Arizona, California, Colorado, Delaware, District of Columbia, Georgia, Hawaii, Idaho, Indiana, Iowa, Kansas, Kentucky, Maryland, Michigan, Mississippi, Montana, Nevada, New Mexico, New York, North Carolina, North Dakota, Oregon, Pennsylvania, South Carolina, South Dakota, Tennessee, U.S. Virgin Islands, Utah, Vermont, Virginia, Washington.  It is on the legislative agenda in New Jersey.

That’s all there is to it! In the words of the Commission:

The Act requires minimal judicial oversight and eliminates the need for obtaining a commission or local counsel in the discovery state, letters rogatory, or the filing of a miscellaneous action during the discovery phase of litigation.  Discovery authorized by the subpoena is to comply with the rules of state in which it occurs.  Furthermore, motions to quash, enforce, or modify a subpoena issued pursuant to the Act shall be brought in and governed by the rules the discovery state.

The solution is so simple one wonders why it took so long to come up with it and, once the Act became available, why it took five years to enact it in Pennsylvania?  Enact it we have and litigators, their clients and the Courts will benefit from its simplicity.

In Bucks County, the petition for preliminary injunction must be accompanied by a verified complaint and an order for hearing.  The petition is often, though not always, heard by the initial pre-trial judge assigned to the case at the time of filing.  Court administration reviews all petitions for preliminary injunction and assigns the presiding judge, courtroom and date for evidence to be taken.  The order for hearing is an essential aspect of the petition; without it, no hearing will be scheduled.

The petitioner in any injunction matter bears a heavy burden.  Adequate evidence as to the need for enforcement of the covenant, the potential irreparable harm and right to relief must be presented.  Because the entry of injunctive relief is an extraordinary remedy, the evidence must be clear and persuasive.  In employment and business asset transfer cases, the language of the restriction in the applicable agreements must be constrained to those aspects of competition which are reasonably necessary for the protection of the employer/buyer.  For example, a covenant which is overbroad in terms of geography, time or scope will not be enforced.

Preliminary injunctive relief may be acquired in the Bucks County Court of Common Pleas if supported by the underlying agreement and if properly perfected under the practices and procedures employed in the County.

Top Eight Elements of a Non-Compete

Employment agreements, especially those for key employees which include non-competition terms, must be carefully drafted.  What should they include?  Here are eight (what’s magic about ten?) musts:

1. Define the Restrictions. The non-compete should, first and foremost, clearly define the prohibited zone by industry segment, by geography and by time. Because these covenants are disfavored in the law (certainly by every trial court which I’ve ever asked to enforce one of these agreements) employers must leave no doubt about the restrictions and be able to tie each to an identifiable protectable interest.  The covenants are not enforceable unless they are required to protect such interests, and then only to the extent the restrictions are reasonable.

2. Protectable interest?  Courts will not enforce these covenants unless the employer has an interest which can only be protected by the restriction.  Eliminating competition is not a protectable interest but, for example, protecting customer relationships is. Consider how the particular employee could hurt your business and tailor the restrictions to provide protection in those areas.

3. Reasonable?  A covenant prohibiting competition anywhere in the country is not likely to be enforced where the employee’s relationships were confined to one state or region of the country.  Such a broad restriction would likely be found to be unreasonable.  Similarly, temporal restriction should be limited to the time required to give the employer’s new representative time to meet and solidify relationships with the customers.

4. Don’t forget to protect your people.  A well drafted employment agreement will include provisions which prohibit the employee from inducing your employees to move to the new employer. Losing one key employee is bad enough; losing three or four may be catastrophic.

5. What happens if the employer sells the business?  Unless the covenant can be assigned, it is lost and the employee is free to compete.  Restrictive covenants are important assets of the business.  Absent assignability, the value of those assets is lost if the business is sold.

6. A tolling provision?  It may take some time for an employer to learn that a former employee has violated the covenant.  Litigation to stop that violation takes more time.  A well drafted document will include a tolling provision which stops the clock from running while the employee is in breach.

8. Make violation risky.  The former employee must know that if he chooses to violate, it will cost him.  The tolling language, mentioned above is one way to get that point across.  Another is to provide for recovery of attorney’s fees if the restrictive covenants are violated and enforcement litigation results.

There is a large body of state specific law surrounding the interpretation and enforcement of these agreements.  Make sure the attorney who you engage is experienced in this area of the law.

In a recent case that may not bode well for the enforcement of noncompete agreements in Pennsylvania and New Jersey, the Virginia Supreme Court reversed twenty years of Virginia precedent relating to noncompetes, agreements pursuant to which an employee agrees not to compete with an employer for a period of time after the termination of employment. Until this recently, Pennsylvania, New Jersey and Virginia had similar laws relating to noncompetes. Historically, courts in all states have not looked favorably on such agreements, and have used various tools to limit or deny enforcement of noncompetes. Prior to the court’s decision in Home Paramount Pest Control v. Shaffer, the law in Virginia was similar to Pennsylvania law: a Court could re-write overbroad noncompete agreements so that the document was consistent with the employer’s protectable interests. In Home Paramount Pest Control, the court stated that it would no longer re-write such provisions, and that it was free to refuse to enforce a noncompete that was overly restrictive.

The former employee in Home Paramount Pest Control signed a noncompete agreement that prohibited him from competing with his former employer’s fumigation business in any manner, in any geographic area where he worked for Home Paramount Pest Control for a period of two years after his termination. Prior to this case, it was well settled that if the court found the restrictions of the noncompete broad, it could rewrite the document and enforce more reasonable provisions. The court generally exercised its re-writing power to limit the geographic or temporal scope of the document, or to find that specific conduct did not violate a noncompete if the employer could not articulate a protectable interest in prohibiting the conduct, even where the clear language of the agreement prohibited the competitive conduct. Generally speaking, “protectable interest” means that the employer has provided something to the employee that it has the right to protect, such as access to trade secrets, or specialized training. If the restriction on future employment did not match a protectable interest, the court would not enforce the restriction.

In Virginia at least, this is no longer the case. The Virginia Supreme Court noted that it had “incrementally clarified” the law relating to noncompetes so dramatically over the past two decades that it was free to find the noncompete unenforceable in this case. Most interestingly, the court focused on language that lawyers generally believe is good drafting. The agreement in question contained a list of prohibited activities designed to address every conceivable kind of competition, as well as the ubiquitous “in any capacity whatsoever” catch-all for good measure. The court found that the employer could not articulate a protectable interest that would justify such a sweeping prohibition. Specifically, the court was looking for a nexus between the employee’s job duties, and the prohibitions imposed by the noncompete.

In the good old days, the court would simply have revised the agreement to remove whatever restrictions were too broad, such as the “in any capacity whatsoever” language. Or, the court may have found that there was no protectable interest in prohibiting the employee from engaging in his current employment. But the Virginia Supreme Court refused to do so, noting that incremental changes in the law required a different result. I will not bore the reader with the court’s very interesting discussion of how the doctrine of stare decisis applies to the case, except to note that the court recognized its decision as a departure from well-settled law.

While this case does not apply in Pennsylvania or New Jersey, many states have seriously limited the enforceability of noncompetes. We are making sure to discuss these issues with our clients, and draft noncompetes as narrowly as possible.   We are also thinking creatively about other solutions to the problem of competition, trade secrets and specialized training, such as non-solicitation provisions. The Virginia Supreme Court has given us new reasons to draft carefully.