SUPREME COURT NARROWS THE APPLICATION OF THE FEDERAL ARBITRATION ACT 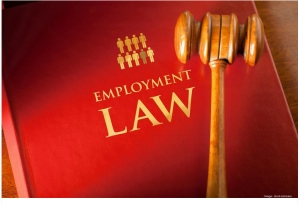 Reprinted with permission from the June 23rd edition of The Legal Intelligencer. (c) 2021 ALM Media Properties. Further duplication without permission is prohibited.

The United States Supreme Court narrowed the application of the Federal Arbitration Act (“FAA”) in its June 6, 2022 opinion in Southwest Airlines Co. v. Saxon, 596 U.S. ____ (2002). The case, along with the earlier case New Prime Inc. v. Oliveiri, 556 U.S. ____ (2019) , represents the narrowest narrowing of the Supreme Court’s broad holding in Epic Systems Corp. v. Lewis, 284 U.S. ____ (2018). In Southwest Airlines v. Saxon, the court answered the narrow question of whether an employee employed as a “ramp supervisor” fell within the Federal Arbitration Act’s exemption of “contracts of employment of seamen, railroad employees, or any other class of workers engaged in foreign or interstate commerce”, concluding that the workers did fall within the exemption. The case does not presage a trend towards narrowing the application of the Federal Arbitration Act, and instead demonstrates that the Court intends to encourage honoring arbitration agreements by insisting on a textual and precedential approach to the FAA.

Saxon was employed as a ramp supervisor at Southwest Airlines at Chicago Midway International Airport. At the beginning of her employment, she signed an employment agreement agreeing to arbitrate wage disputes individually. As a ramp supervisor, Saxon’s job was to train and supervise teams of ramp agents. Ramp agents are employees who physically load and unload baggage, airmail and freight. Occasionally, ramp supervisors assist ramp agents in loading and unloading cargo. Saxon filed a putative class action of ramp supervisors against Southwest, alleging violations of the Fair Labor Standards Act (“FLSA”). Southwest moved to dismiss, citing Saxon’s employment agreement which required arbitration pursuant to the FAA. Saxon argued that the ramp supervisors were exempt from the FAA pursuant to the exemption for “workers engaged in foreign or interstate commerce.” The United States District Court for the Northern District of Illinois dismissed the case, agreeing that the exemption did not apply. The United States Court of Appeals for the Seventh Circuit reversed, finding that the loading of cargo to be transported interstate is “itself commerce.” The Seventh Circuit’s holding conflicted with an earlier decision of the United States Court of Appeals of the Fifth Circuit. The Supreme Court granted certiorari and found that Saxon belong to a “class of workers engaged in foreign or interstate commerce”, and was exempt from arbitration.

Reprinted with permission from the June 21st edition of The Legal Intelligencer. (c) 2021 ALM Media Properties. Further duplication without permission is prohibited.

Since its enactment in 1986, employers have used the federal Computer Fraud and Abuse Act, 19 U.S.C. §1030 (“CFAA”) to vindicate violations of the employer’s workplace policies regarding use of computers, email accounts, and other electronic information by departing employees. The CFAA inevitably appeared as a claim in an employer’s complaint to address such conduct as downloading information from work computers and email accounts, or wiping devices and removing valuable information. The CFAA potentially provided relief where the information taken might not meet the definition of a “trade secret” in the federal Defend Trade Secrets Act (18 U.S.C. §1986), or Pennsylvania’s Uniform Trade Secrets Protection Act (12 P.S. § 5302). Further, and perhaps providing leverage for employers, the CFAA provided a criminal remedy for such violations. In Van Buren v. United States, 592 U.S. ___ (June 3, 2021), the United States Supreme Court may have eliminated that claim for wronged employers.

The CFAA prohibits intentionally accessing a computer with or without authorization or exceeding authorized access of a computer. The Act defines “exceeding authorized access” as accessing a computer with authorization and using that access to obtain information in the computer to which the individual is not otherwise entitled. The CFAA imposes criminal liability for violations of these prohibitions. It also imposes civil liability through a private cause of action if there is “damage,” meaning, an impairment to the integrity or availability of data, a program, a system or information.