To Amend or Not to Amend, The Third Circuit Answers the Question 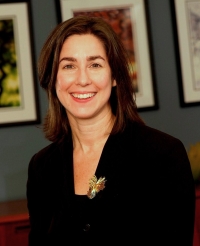 By Patricia C. Collins, Esquire Reprinted with permission from June 14, 2013 issue of The Legal Intelligencer. (c)

It is a reality of litigation that the facts of a case can change in significant ways between the filing of the complaint and trial, but litigants do not always amend pleadings to address these changes.   A recent decision by the United States Court of Appeals for the Third Circuit offers incentive to amend in those situations. In West Run Student Housing Associates, LLC v. Huntington National Bank, 7 F.3d 165 (3d Cir. 2013), the Third Circuit held that averments in a complaint that is later amended do not amount to judicial admissions.

The procedural posture of the West Run case is not unique. The plaintiff filed a complaint alleging, inter alia, a breach of contract. The plaintiff claimed that the defendant bank breached its agreement to provide financing for a housing project. The contract required the bank to provide the financing if plaintiff sold the requisite number of housing units. The original complaint included averments regarding the number of units sold, and those numbers were not sufficient to trigger the financing requirement. Defendant moved to dismiss the original complaint, and plaintiff, not unexpectedly, amended. The amended complaint did not contain averments regarding the number of housing units sold.

Predictably, the defendant again moved to dismiss, alleging that the averments contained in the original complaint were judicial admissions, that is, admissions that cannot later be contradicted by a party, which barred the breach of contract claim. The district court agreed and dismissed the claim.

In so holding, the Court noted that dismissal is not warranted even if the plaintiff took a contrary position for the purpose of avoiding dismissal. The court noted that plaintiffs routinely amend pleadings to avoid dismissal. The Court also noted that this is the rule in other circuits.   Interestingly, the courts of the Commonwealth of Pennsylvania have held that amended pleadings supersede and replace the original pleading, see e.g., Vetenshtein v. City of Philadelphia, 755 A.2d 62, 67 (Pa. Commw. 2000), but have not held conclusively that averments in the superseded pleading are judicial admissions. See e.g., Hashik v. Kobelak, 393 A.2d 692, 695 (Pa. Super. 1978)(“ "[a]lthough a pleading which has been withdrawn or stricken out or superseded by amendment is out of the case in its capacity as a pleading, and the pleader is no longer concluded by it, statements therein may still be competent as admissions when they are relevant to the issues in connection with which it is sought to introduce them."').

Since the Third Circuit’s conclusion that averments made in a pleading that has been amended do not amount to “judicial admissions” if the original pleading is not incorporated by reference or adopted, the United States District Court for the District of New Jersey has taken to issuing the following admonition to plaintiffs given leave to file amended complaints:

Plaintiff should note that when an amended complaint is filed, it supersedes the original and renders it of no legal effect, unless the amended complaint specifically refers to or adopts the earlier pleading. See West Run Student Housing Associates, LLC v. Huntington National Bank, 712 F.3d 165, 2013 WL 1338986, *5 (3d Cir. 2013)(collecting [*12] cases). See also 6 Charles Alan Wright & Arthur R. Miller, Federal Practice and Procedure § 1476 (3d ed. 2008). An amended complaint may adopt some or all of the allegations in the original complaint, but the identification of the particular allegations to be adopted must be clear and explicit. Id. To avoid confusion, the safer course is to file an amended complaint that is complete in itself. Id.

The Third Circuit’s holding in West Run certainly eliminates the chance, as the Court noted, that a claim will be dismissed on the basis of a technicality rather than decided on the merits.   The holding also highlights the importance, at least in federal practice, of amending pleadings in the event a party discovers that the averments of a pleading are not accurate. Indeed, although the Rules of Civil Procedure require the court to liberally grant leave to amend, the West Run decision provides an additional substantive basis for a motion to amend a pleading even on the eve of trial.

Of course, the procedural trick of amending a complaint to address objections in a motion to dismiss has its own risks. As the West Run Court noted, parties and their counsel are subject to Federal Rule of Civil Procedure 11, and positions taken in a pleading, amended pleading or in response to a motion to dismiss the pleading must have factual support. For example, the West Run plaintiff took the position in response to the motion to dismiss the amended complaint that the numbers included in the original complaint were not accurate. If, upon remand, the defendant could prove that this averment was not true, the procedural trick was not worth the price. Further, the original averment could be used in cross-examination at deposition or trial, and certainly in a motion for summary judgment. The West Run decision does not stand for the proposition that such averments are not admissible, or that they are not admissions, the Court merely held that such averments are not judicial admissions.

The West Run Court also provided advice for defendants as to how to address the amended pleading. Upon remand, the Court instructed the trial court to convert the motion to dismiss to a motion for summary judgment, and conduct a factual inquiry into whether or not the numbers really were inaccurate. Defendants are free to file a motion to dismiss or for summary judgment, and to serve a motion for sanctions under Rule 11 to address the “changed” facts.

Readers of this publication do not need to be admonished to plead carefully. But, the West Run decision may change how we approach amending pleadings. West Run serves as incentive to treat complaints as “living” documents, to be amended as discovery bears out certain facts, in order to take advantage of the “clean slate” that this decision provides. However, parties should do so carefully, as the original, contradictory, assertion will certainly make for interesting trial and summary judgment material and may serve as a basis for sanctions.

Patricia Collins is a Partner with Antheil Maslow & MacMinn, LLP, based in Doylestown, PA, with a branch office in Princeton, NJ. Her practice focuses primarily on commercial litigation, employment and health care law.

More in this category: « Scope Of “Work Product” Expert Discovery To Be Considered The Perils of Equity-Based Compensation »