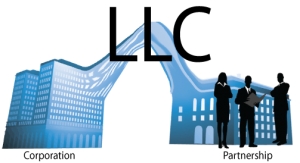 A corporation or limited liability company provides multiple advantages to business owners which is why business lawyers so frequently recommend their use. Among the most significant of these advantages is limited liability, a concept grounded in the fact that the entity has a separate legal existence from its owners and therefore its obligations are not those of its shareholders or members. Of course an owner may voluntarily agree to be responsible for such obligations as, for example, would be the case if he or she guarantees the entity’s bank borrowing. The shield of limited liability is not, however absolute. It can be breached rendering owners financially responsible for the entity’s obligations. In Pennsylvania, as in most states, there is a strong presumption against ignoring the distinction between the entity and its owners. However certain conduct by business owners will result in the court’s “piercing the veil” – ignoring the distinction between the corporation or limited liability company and its owners. Generally, courts will pierce the veil when those in control of the entity use that control, or use the entity’s assets, to further his, her or their own personal interests. While there is no single test to determine when the piercing of the veil is appropriate courts look to many factors.

1. Is the entity undercapitalized?

2. Did the owners fail to adhere to requisite formalities such as holding shareholder and directors meetings and keeping appropriate records?

3. Was the entity insolvent at the relevant time?

4. In the case of a corporation were dividends paid or were corporate funds siphoned into the pockets of the controlling shareholders?

5. Was there a functional board of directors and corporate officers managing the affairs of the entity?

6. Was there substantial intermingling of the financial affairs of the entity and its owner(s)? 7. Under the circumstances, was the entity form used to perpetrate a fraud? Generally, the court will pierce the corporate veil when a review of these factors shows that the form is a sham, constituting a facade for the operations of the dominant shareholder or member making the entity effectively the “alter ego” of the individual(s).