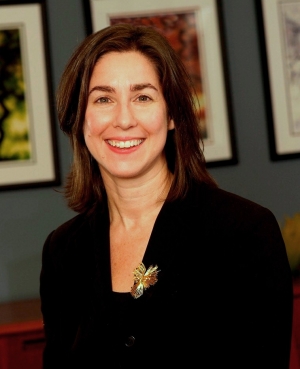 Reprinted with permission from the September 28, 2015 issue of The Legal Intelligencer. (c) 2015 ALM Media Properties. Further duplication without permission is prohibited.

Brand Marketing Group LLC developed vent-free heaters known as Thermablasters. Brand contracted with a manufacturing company to manufacture the heaters, and a testing company, Intertek Testing Services N.A. Inc., to perform testing for the Thermablasters pursuant to American National Standards Institute (ANSI) standards. Brand entered into a contract with Ace Hardware Corp. to buy 3,980 Thermablasters for $467,000. Intertek then performed the testing on the heaters and found that they met the applicable ANSI standard. The heaters were delivered to Ace Hardware. Ace halted sales after discovering that the heaters, in fact, failed to meet the applicable ANSI standard. Ace sued Brand and obtained a judgment for $611,060. Brand then filed a claim against Intertek.

Brand prevailed on its negligent misrepresentation claim after a three-day trial. The jury awarded $725,000 in past compensatory damages, $320,000 in future compensatory damages, and $5 million in punitive damages. The jury found that Intertek negligently misrepresented it had the necessary expertise to test the heaters. Relevant to the issue of punitive damages, the jury found, after instruction by the court, that Intertek acted with reckless disregard for the safety of others.

However, this holding is not the most interesting part of the case. The Third Circuit next examined whether courts could consider harm to the public in general in awarding punitive damages, or whether the court must limit its analysis to damage to the plaintiff. In this case, Brand experienced financial harm only (Intertek did assert, without success, that the economic loss doctrine barred Brand's claim). No consumer experienced an accident or injury as a result of the testing failure. Intertek argued that an award of punitive damages violated the due process clause under these facts because the jury should not consider potential harm to consumers, and must only consider harm to Brand, in awarding punitive damages. The court found that this issue was "not settled by precedent." The Third Circuit analyzed the case law to conclude that courts may only consider instances of misconduct by the defendant in evaluating a punitive damages award where the conduct is of the same sort as the conduct that injured the plaintiff. The court rejected Intertek's argument that applicable law prohibited consideration of potential public harm in reviewing an award of punitive damages, and found that, in this case, potential public harm was "directly tied" to the harm to the plaintiff. The Third Circuit likewise found that the fact that no one was physically injured by the Thermablasters did not matter, stating that Intertek "should not be rewarded" for the fact the risk did not come to fruition. Thus, Brand stands for the proposition that a court may consider potential harm to the public in reviewing an award of punitive damages as long as the potential harm is directly tied to the injury to the plaintiff.

In his dissent, Judge D. Michael Fisher opined that if an "admission of imperfection" or a "lack of absolute uniformity" allows for an award of punitive damages whenever something goes wrong, "Pennsylvania companies may be in for a rude awakening." Indeed, as Fisher notes, the Brand decision will create new strategies and areas of risk for businesses involved in commercial disputes. Brand represents, at its most basic level, a commercial dispute—a dispute between businesses regarding a failure of one party to do what that entity contractually agreed to do. Interestingly, Brand did not assert that it was entitled to punitive damages as a result of intentional and outrageous conduct of Intertek, but instead proved to the jury that Intertek's "reckless disregard" for a known risk to safety justified punitive damages. Of course, the jury heard evidence that it concluded met the standard, but the application of the standard to a business dispute is an interesting one. Presumably, this standard would have relevance in any business tort case where a failure occurs in, for example, manufacturing or testing products.

Procedurally, Brand allows for the issue of punitive damages to go to the jury, and, arguably, expands the factors a jury may consider in awarding punitive damages in the context of a business tort, but Brand does not mean that a plaintiff will prevail on the issue. It goes without saying that the threat alone may be enough. Brand's strategy in asserting a claim for negligent misrepresentation (and not, for example, breach of contract) created the opportunity to plead and prove punitive damages. Brand was also fortunate to have sufficient facts to overcome the application of the economic loss doctrine. The Third Circuit's opinion in this case supports that strategy by allowing punitive damages in a negligent misrepresentation case and by allowing the consideration of potential (related) harm to the public. In this way, the Third Circuit has created another tool in the commercial litigation arsenal. It will be interesting to see whether courts in the future limit the application of this case to its facts, or if it marks a dramatic change in the available remedies for business torts. •