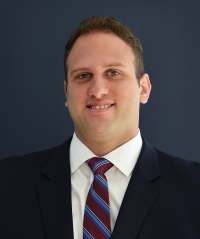 The doctrine of lis pendens does not originate from a Pennsylvania statute, which means there is no definitive writing to clearly set forth who is entitled to a lis pendens and how indexing a lis pendens impacts a certain parcel of real estate. Instead, the doctrine originates from common law, which means its application and function have been tweaked and clarified over time through judicial opinions. As a result, many people are familiar with the general concept of lis pendens but are unfamiliar with some of its finer points.

First, a filed lis pendens does not create a lien against the affected real estate. A judgment or court order may be entered in the underlying lawsuit awarding money damages, which would operate as liens against the property, but the lis pendens itself is only filed to put other third parties on notice that interests in the real estate are being disputed.

Second, a lis pendens does not bar the affected real estate from being sold. While in most cases it may be a risky endeavor, a third party remains free to buy the property subject to the litigation. For example, a potential buyer could review the underlying lawsuit and decide the would-be seller will prevail, and thus become comfortable with purchasing the real estate subject to the lis pendens.

Third, many people consider lis pendens as something that may be filed with respect to any lawsuit generally involving real estate. However – like most things in the law – it is a little more nuanced than that. A Lis pendens is only appropriately entered where specific rights in the real estate are at issue, such as title or the right of possession. Lis pendens cannot be lawfully entered based on an underlying lawsuit that indirectly involves the property or a lawsuit that is only seeking money damages.

From a buyer’s perspective, one would be wise to avoid purchasing any property subject to a lis pendens, or, at the very least, certainly consult with an attorney before doing so.

From a litigant’s perspective, a lis pendens can be a helpful tool to preserve interests in real estate while a lawsuit is pending, but you need to know when a lis pendens is appropriate and what it can accomplish.

Real estate litigation is complex and fact-intensive. Anyone finding themselves in a real estate dispute would be wise to consult with an experienced legal professional to evaluate his or her options. Antheil Maslow & MacMinn, LLP has direct experience navigating real estate disputes and the wide range of issues that can arise from them.

More in this category: « OPEN ADOPTION – WHAT IS IT? Coming Soon: Beneficial Ownership Reporting Requirements for Small Businesses »