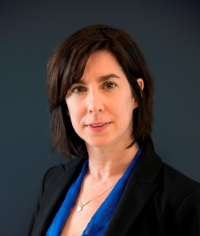 Let’s check in with the January 2017 case filed in the United States District Court for the Eastern District of Texas challenging the Obama Administration’s proposed changes to overtime regulations.  Those regulations would have required employers to reclassify many employees considered exempt from overtime rules to non-exempt status, requiring the employer to now pay overtime to those employees. The rule was widely considered a boon to employees, but a burden for small businesses and nonprofits.

Those rules would have required that in addition to meeting certain requirements with regard to an employee’s duties, the employee must also earn a minimum salary of $47,476 to qualify for “exempt” status.  The current rule requires that the employee earn a minimum salary of $23,660.  The dramatic increase in the salary requirement caused employers to reevaluate classifications and to generate new policies regarding overtime and work hours in advance of a December 1, 2016 deadline.

As previously discussed on this blog, on November 22, 2016, the Eastern District of Texas entered an injunction prohibiting enforcement of the new rules.  Many clients have asked me, dreading the answer, whether that injunction remains in place.  On December 1, 2016, the United States Department of Labor appealed the injunction order, and sought a stay of the Court’s order prohibiting enforcement.  The Court denied the stay, and the matter is now on appeal.  During the appeal, the Department of Labor cannot enforce the new rules.  The appeals court granted a request submitted by the Department of Justice to extend time to file appellate briefs while “incoming leadership personnel” considered the issues.  That brief is now due on June 30.

The Trump Administration has three choices: defend the rule, withdraw the rule, or rewrite the rule.  Labor Secretary Alexander Acosta has telegraphed that a review of the rule was necessary, but that the salary increase was too dramatic.  However, the Department of Labor’s repeated requests for extensions to file a brief indicate that it is not necessarily an easy call.  For example, because the Eastern District’s order granting the injunction called into question the rulemaking authority of the Department of Labor, there may be good reason for the administration to challenge the court’s injunction order, even though it does not necessarily agree with the rule.

The overtime rules will remain in limbo until at least June 30, 2017.  We will continue to monitor the situation.  In the meantime, employers are not required to change their overtime policies or the classifications of their employees.