A Cautionary Tale for Employers: One-Time Racial Slur Can Be Basis of Harassment Claim Against Employer 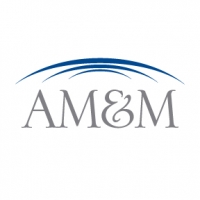 Clarifying its earlier rulings, the Court of Appeals for the Third Circuit (which includes Pennsylvania) has ruled that a single utterance of a racial slur at the workplace could support a claim for harassment.

In this case, two African-American males (plaintiffs) brought suit challenging their firing on the basis that their termination was discriminatory and racially motivated.

The employees specifically alleged that when they arrived at work on various occasions, an anonymous note was written on the sign-in sheets: “don’t be black on the right of way.” They also asserted that while they had more experience working on pipelines than the non-African-American workers, they were only permitted to clean the pipelines rather than work on them. Significantly, a supervisor of these two African-American employees used a severe racial slur to threaten firing if a specific project was not completed to his satisfaction.

The two employees reported this offensive language to a superior and two weeks later they were fired without explanation. After being rehired they were again terminated for “lack of work”.

The adoption of this standard means that in certain cases an isolated act of discrimination (including the use of a racial epithet) could create a hostile work environment and support a claim of harassment. In other words, an isolated act might be deemed severe even if not pervasive.
Analyzing the allegations of the case before it, the Court of Appeals determined that the lower court was incorrect in dismissing outright the harassment claim (as well as the discrimination and retaliation claims) and sent the matter back to the lower court for further proceedings.

Employers must therefore note that even a single isolated incident could create liability for a claim of harassment or discrimination.  This case highlights the importance of enforcing a civil tone in the workplace, and enforcing policies against such language.  It also demonstrates  that sensitivity on the part of managers and HR employees to the impact of certain slurs & epithets is a key risk management tool.

More in this category: « No Request is Too Small for Your HR Department Legislative Updates Owners of PA LLC’s & Partnerships Need to Know – Part 2 »