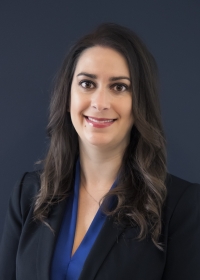 On October 4, 2016, Governor Wolf signed into law new legislation that will change the separation requirement from a two year waiting period to one year.  The law goes into effect on December 3, 2016. Under current law, the Divorce Code provides that in cases where only one party desires a divorce, that party must wait two years from the date of separation before they can move the matter forward.  At that two year mark, the party who is seeking the divorce can move the matter forward without the non-consenting party’s agreement.  The longer waiting period  has often  led to cases dragging on for too much time, which can lead to more animosity between the parties.  For children involved in the separation, this has often had a negative impact.  As a result of the passage of this new law, the hope is that cases will resolve much more quickly.

It should be noted, however, that at the one year mark from the date of separation, the case is not resolved, but rather at that time the case is permitted to proceed.  It is by no means a guarantee that the process will not be lengthy from that point forward.

Stay tuned for updates as we see how the law is applied by the courts.

More in this category: « Pennsylvania Sales Tax Now Applies to Support, Maintenance and Updates of Canned Computer Software Does Your Auto Policy Really Protect You? Important Provisions You Should Know About »