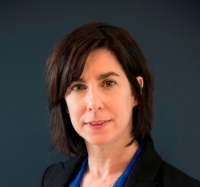 Reprinted with permission from the April 19th edition of The Legal Intelligencer. (c) 2019 ALM Media Properties. Further duplication without permission is prohibited.

On April 12, 2019, in the United States District Court for the Western District of Pennsylvania, a jury returned a verdict that serves as a reminder to employment law practitioners of the importance of treating mental health issues with sensitivity and consistent with the Americans with Disabilities Act (“ADA”) and taking a practical approach to reasonable accommodations.  The jury in Schirnhofer v. Premier Comp Solutions LLC, Western District of Pennsylvania docket number 2:16-CV-00462, found that the employer, Premier Comp Solutions LLC (“Premier”), had discriminated against the Plaintiff, Ms. Schirnhofer, on the basis of her mental health disability, and in violation of the ADA.  The jury awarded Ms. Schirnhofer $285,000 in damages:  $35,000 in backpay, and $250,000 in non-economic damages.

This summary of the facts of the case is drawn from the Court’s opinion on Premier’s summary judgment motion, issued on March 28, 2018.  Ms. Schirnhofer began her employment at Premier in 2009, and was terminated on February 5, 2014.  She was employed as a billing assistant in the billing department.  During the course of her employment, she had good performance reviews.  Ms. Schirnhofer was diagnosed with anxiety and other mental health issues prior to her employment with Premier.  Her condition was exacerbated in 2012 when her newborn grandchild died, and a co-worker with whom she was close left Premier.  What followed was a series of interpersonal problems, and conflicts with and complaints about co-workers.  Premier’s president and Ms. Schirnhofer’s co-workers had referred to her as “Sybil” (referencing a character in the movie Sybil who suffered from mental health issues).  The human resources representative noted that she should seek “medical attention.”  Ms. Schirnhofer eventually asked for a reasonable accommodation in the form of two additional ten-minute breaks.  She provided a letter from her physician regarding the need for such breaks to accommodate her Post Traumatic Stress Disorder and her Generalized Anxiety Disorder.  On January 28, 2019 Premier denied the request, despite the advice of its human resources professional to provide the accommodation.  Instead, Premier offered to move her work area.  On a particularly bad day in February, 2014, Ms. Schirnhofer took to Facebook to vent her anxiety.  She was terminated on February 5, 2014 for her Facebook posts in violation of Premier’s Social Media policy.   Ms. Schirnhofer sued, alleging that Premier had terminated her in retaliation for her request for an accommodation, that Premier had discriminated against her in violation of the ADA, and that Premier had failed to provide a reasonable accommodation.   The jury returned a verdict in her favor on the issue of discrimination, but found that Premier had not retaliated against Ms. Schirnhofer.

The lessons for employment law practitioners in this verdict are many, among them:  mental health issues and accommodations are subtle, and require sensitivity; requests for reasonable accommodations provide an excellent opportunity for risk management; and, it is quite expensive to be wrong.

Interestingly, Premier had identified that something was wrong with Ms. Schirnhofer.  Its employee’s use of the term “Sybil” to refer to her should have served as a clue that the matter required different treatment.  Not only is it compelling evidence that Premier “regarded” Ms. Schirnhofer as disabled, thus entitling her to the protections of the ADA in any event; it is compelling evidence that Premier did not take the condition seriously.  A mistake, as the jury verdict illustrates, but not an uncommon one.  Mental health conditions often present in the workplace as performance or interpersonal issues.  Employers should exercise caution when addressing these issues, and avoid the use of flippant language.  Further, the ADA provides a framework to address those issues that employers can use to manage risk.  A simple request to the employee to identify ways in which the employer can help acts as a start for the reasonable accommodation process. And, under these facts, an admonishment to the employees using the inappropriate language to reference her mental health condition may have provided an affirmative defense.
Here, Premier was given the opportunity to manage this risk, but did not take it.  But for the want of two extra ten-minute breaks a day, this verdict might not have occurred.  A reasonable accommodation is any change in the workplace from the way things are customarily done that provides an equal employment opportunity to an individual with a disability.  EEOC Enforcement Guidance:  Reasonable Accommodation and Undue Hardship Under the Americans with Disabilities Act.  The employer does not need to provide the accommodation if it presents an undue hardship, such as a significant expense or a significant impact on the operation of the business.  Id.  The requested accommodation was two additional ten-minute breaks each day.  The Summary Judgment opinion is silent on what, if any, undue hardship this would impose on Premier.  Premier’s argument was that the request was not reasonable where Ms. Schirnhofer already received two ten-minute breaks and a lunch break each day.  Premier’s refusal to provide this accommodation is difficult to understand in this fact pattern:  it cost very little, except twenty minutes of productivity from an admittedly good worker; it may have prevented the outburst that led to the termination; and it certainly would have prevented this lawsuit.  Notably, Ms. Schirnhofer’s immediate supervisor had informally permitted her to take these breaks for a period of time, and Premier ended this informal accommodation.

Premier has defenses.  Its argument regarding the reasonableness of the requested accommodation may have merit, and Ms. Schirnhofer’s rejection of the offer to move her work area may defeat the claim.  Premier further argued that Ms. Schirnhofer’s condition did not impact a major life activity. Perhaps those defenses will win the day on appeal, but the jury has rendered its verdict, and the burden to overturn it is high.

The jury’s verdict reflects a practical calculus:  a simple accommodation may have allowed this employee to continue her employment.   The jury may likewise have considered the insensitive language used to discuss Ms. Schirnhofer.  The lesson of the verdict in this case, even if it does not survive appeal, is that the analysis of what constitutes a reasonable accommodation is a fact-driven, practical one, left to the jury.  Turner v. Hershey Chocolate U.S., 440 F.3d 604, 614 (3d Cir. 2006).  Practitioners should consider these practical, and not just technical, considerations in advising employers regarding reasonable accommodations.