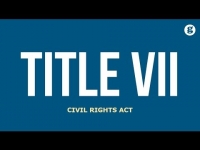 Lois Davis complained to her employer, Fort Bend County, that a supervisory employer sexually harassed her.  Her complaint was investigated and Fort Bend County terminated the employee.  Ms. Davis asserts that thereafter her supervisor retaliated against her for reporting the harassment by curtailing her work responsibilities.  Ms. Davis filed a charge of discrimination with the EEOC.  Thereafter, Ms. Davis’ supervisor notified her that she was required to report to work on a Sunday.  She advised her supervisor that she had religious obligations on that day and could not report to work.  She did not report to work on that Sunday, and Fort Bend County terminated her employment.  Ms. Davis then revised her EEOC intake questionnaire to handwrite “religion” on the form, but did not revise or update her charge of discrimination to assert religious discrimination.  Ms. Davis received a right to sue letter, and filed suit alleging discrimination on account of religion and retaliation for reporting sexual harassment.

Fort Bend County v. Davis highlights important pleading requirements for both employers and employees.  Employees must carefully craft charges of discrimination, and amend to assert post-filing conduct and the specific type of discrimination and wrongful conduct that occurred.  Neither the Fifth Circuit nor the Supreme Court provided any guidance as to whether Ms. Davis’ handwritten note on her intake questionnaire was, in fact, enough to meet the charge-filing requirement, but the case highlights the importance of drafting and amending carefully.  The Third Circuit in Robinson noted that the purpose of the requirement is to provide the benefit of an agency’s expertise and serve judicial economy by having the agency compile a factual record.  Id. at 1020.  The question remains whether the handwritten note was enough to trigger the EEOC to review the allegation.

Employers must evaluate charges of discrimination carefully against the allegations of the complaint, and assert the defense early in the case.  Interestingly, Fort Bend County did file a motion to dismiss the religious discrimination claim upon remand from the first round of appeals, but the Fifth Circuit found, and the Supreme Court affirmed, that this was too late, occurring after “an entire round of appeals all the way to the Supreme Court.”  While the Supreme Court did not provide guidance as to how late is too late, the holding requires employers to identify and assert the defense at the earliest available point.  Federal Rule of Civil Procedure 12(h) states that the defense is waived by failure to assert it in a motion to dismiss under Rule 12(b) or in a responsive pleading or an amendment thereto.  The rule also states that a party may not assert a defense pursuant to Rule 12 where the defense was omitted from a motion pursuant to Rule 12 filed earlier in the case.  Rule 12(h) does suggest that the employer does not risk waiver by asserting the defense in a responsive pleading.  Rule 12(h)(1)(B)(ii).

The Supreme Court’s resolution of this split in the circuits -  that is, that the charge-filing requirement is a prudential prerequisite to suit, and thus waived if not asserted – changes the strategy with regard to charges of discrimination and responsive pleadings in employment discrimination claims.  The Supreme Court’s holding provides lessons for all parties to employment discrimination litigation.   To avoid motions to dismiss, employees will need to draft and amend carefully, a difficult task where, in many instances, the employee asserts the claim without the assistance of an attorney.  Employers must review charges carefully, and determine how best and earliest to assert the defense to avoid waiver.

Patricia Collins is a Partner and Employment Law Chair with Antheil Maslow & MacMinn, LLP, based in Doylestown, PA. Her practice focuses primarily on employment, commercial litigation and health care law. To learn more about the firm or Patricia Collins, visit www.ammlaw.com.

More in this category: « Pennsylvania’s New Arbitration Act: What Non-Litigators Should Know From a Litigators Desk: Managing a Non-Performing “Partner” »